I am a current 1L at the University of Ottawa (uOttawa) and while I could wax poetic about attending law school via Zoom in the middle of a pandemic, this specific piece is not about those trials and tribulations. Instead, this pertains to a culmination of events which compelled me to write the poem titled The Veil Has Lifted. Last year, the BLM movement began to stir up long held beliefs and feelings that had been brushed aside or buried. Still, I did not find I had enough clarity to give the inner turmoil a voice.

Then along came my winter thematic course Cyberfeminism. As we dove into feminist literature, along with race theory, I found my voice and the words of the poem came pouring out of me. I wrote it in 20 minutes and when I was done, I felt as though a weight had been lifted. I initially submitted it as part of my course work and when I received accolades for the poem, I realized I should set it upon the world, so to speak.

Being a South Asian, joining SALSA (South Asian Law Students Association) at uOttawa was par for the course and one of the co-presidents and I have established a friendship. I shared my poem with her, and it was at her suggestion that I contacted The Lawyer’s Daily about publishing my work. I liken the words of the poem to a battle or warrior’s cry, although I hesitate to associate anything to violence. Still, if the reader finds themselves resonating and holding the words close as it gives them meaning and strength, the poem will have served its purpose.

As a member of the BIPOC community and as a woman, navigating law school and the accompanying legal field leaves gaps that need to be filled in terms of lack of diversity. For example, a debate is currently underway about the lack of diversity among the judiciary. Further, as law students we are often told that we cannot reinvent the wheel. While one might argue that this long held belief is attributed to those who do not accept change, a solution would be to begin investing in and including BIPOC and women leaders from the beginning of drafting new policies or legislation. This would also curb any hurdles that marginalized folks may face in areas such as access to justice, which is an important and much debated part of the legal field.

It’s not enough to be told that systemic racism exists within the folds of the legal profession. That is apparent and obvious at this stage of the game and enough rhetoric has filled various pages with the same overall messaging. What is required is an awakening and a moving forward to concrete steps and solutions and I hope this poem helps awaken what may lay dormant within you — until — now.


The veil has lifted

but my voice is White.

i pronounce words, and

much to your delight.

there’s a lot of Brown,

that gets mixed in and mixed up.

we don’t stand out,

for we get washed out.

because we’ve been subjugated,

but now it’s time for us

it’s not always Black and White,

there’s a sea of Brown,

we speak of appropriation,

we talk of assimilation,

than speak of our plight.

we’re praised as the model minority,

but when we model

what White expects of us,

are we not forsaking,

the best of us?

that I never saw colour.

tinted is how my vision

has turned out to be.

was a way to protect,

but now what do I do,

with all the colours before me?

we pick ourselves up, and

dust off the earth coloured skin

and we say alright,

but my voice is White.

and now my voice is changing.

my voice is mine.


Veena Kumar is a mature student at University of Ottawa law where she uses nuanced approaches for issues that matter. For further opinions she can be found on Twitter at https://twitter.com/adveecate. 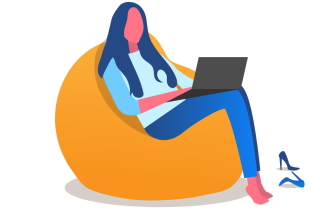