Three senators are calling for the exoneration of 12 Indigenous women they say endured significant injustices in their interactions with the criminal justice system.

Sens. Kim Pate, Yvonne Boyer and Dawn Anderson issued a report May 16 which builds a case for a group conviction review and exoneration by the Department of Justice. The lawmakers said the findings in the report are “alarming” and reveal a pattern of systemic racism and misogyny. The report identifies a number of problematic cases, including one where a woman pleaded guilty to a murder correctional authorities and others are adamant was actually a suicide, and another where two sisters who have been in prison for over 25 years for a murder that another person has confessed to.

“Indigenous women disproportionately experience miscarriages of justice: they are charged, prosecuted, convicted and imprisoned following systemic and discriminatory failures of the criminal legal and prison systems to adequately recognize, contextualize or address the inequities, racism, sexism, violence and ongoing trauma of their lives,” the report said. “The result is layer upon layer of compounding inequality, beginning with the circumstances that lead to Indigenous women being subject to but under-protected by the state, deputized to protect themselves and those in their care, but then disproportionately charged and criminalized when they respond to violence.” 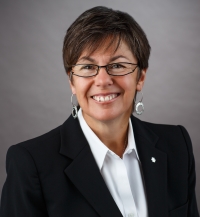 And despite focusing on the 12 individual cases, the senators said there are more out there.

“Discriminatory attitudes about Indigenous women and mandatory minimum penalties produce a particularly toxic mix that has contributed to many miscarriages of justice and fuels the mass incarceration of Indigenous peoples, particularly Indigenous women,” said Pate. “The circumstances of too many women, starting with the 12 in this report, require immediate action.”

Boyer, who also serves as co-chair of the Indigenous Senators Working Group, said the government is failing to take meaningful action to redress the mass incarceration of Indigenous peoples, despite the inclusion of the importance of reconciliation in ministerial mandate letters.

Recent data from the Correctional Service of Canada (CSC) revealed that Indigenous women accounted for half of all women in federal prisons, despite representing less than four per cent of all women in Canada.