An Alberta judge has ruled against the Town of Canmore over its interpretation of what would constitute a park under the province’s municipal legislation.

The decision in Three Sisters Mountain Village Properties Ltd v. Canmore (Town) 2022 ABQB 511 involves an interpretation of something which Court of Queen’s Bench Justice Glen Poelman noted has received almost no judicial consideration — namely, s. 644 of the provincial Municipal Government Act, which says that if land is designated for use or intended use as a municipal public building, school facility, park or recreation facility and the municipality does not own the land, the municipality must purchase it or designate it for another use. Provincial legislation provides that, in limited, specific cases, a designation restricting use of private land may trigger an obligation that the municipality purchase or redesignate the land.

In 2013, Three Sisters purchased approximately five hundred acres of land, a small portion of which had been designated by the Town of Canmore as a “natural park district” under its land use bylaw. It argued that this designation triggered s. 644, but the town said looking at whether the land is designated under a land use bylaw for use as a park should involve consideration of the entire parcel covered by the certificate of title. Because most of the parcel has been designated as “future development district” with allowable uses that go far beyond the common understanding of a park, Canmore said s. 644 has no application.

But Justice Poelman wrote adopting that interpretation would “do violence” to the plain meaning of s. 644, which says nothing about a parcel.

“Rather, it says that ‘if land is designated’ for certain uses and ‘the municipality does not own the land’ the municipality must either acquire the land or designate the land for another purpose,” he wrote. “Throughout, the section speaks of effects following from designation of uses for particular land. If (as here) a municipality designates different uses for different portions of a parcel (split zoning) each designation must be considered on its own under s. 644.”

Justice Poelman wrote designating the land as a “natural park district” means it is a park under the meaning of s. 644 of the Municipal Government Act.

“In my view, that is the only way properly to interpret the word ‘park’ in the Act, according to its plain and ordinary meaning,” he wrote.

Justice Poelman also rejected Canmore’s arguments that s. 644 must be reserved for significant infringement to a landowner’s rights and is not engaged unless an owner is deprived of all private use of the land. He held that s. 644, when read according to its plain meaning, speaks to the effect of a particular designation of use for a particular piece of land and its meaning would be unduly broadened if it were applied to other lands not affected by the designation. 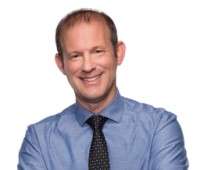 “I have found that the natural park district designation … limits [the land’s] use to a park that must remain mainly in natural condition and accessible to the public for recreation. In other words, Three Sisters is told that it may use its private land only for purposes of a public park,” he wrote. “To use Canmore’s phraseology, that constitutes a significant infringement of a landowner’s rights.”

Eran Kaplinsky, a professor at the University of Alberta who specializes in municipal law and planning, said land use regulation in Canada doesn’t ordinarily trigger a right to compensation, but several exceptions have been carved out which are grounded in the idea that municipalities should not use their planning powers to get around expropriation rules — of which s. 644 is one.

“It has received very little attention which means it serves its purpose — if a municipality designates land for these purposes then it goes and acquires them,” he said. “The court here gives effect to a policy grounded in s. 644 that says you can regulate a parcel of land to allow for greater density or apply development standards, but zoning bylaws that essentially allow for only public purposes are in Alberta not allowed unless the municipality is willing to acquire the land within six months, because that is what the text of s. 644 says.”

Tim Bardsley of Dentons, who represented Three Sisters, said he felt “as far as the law was concerned” Justice Poelman was “quite correct in everything he said,” and the decision is quite instructive due to the lack of judicial interpretation of s. 644 outside a 1984 Supreme Court decision (Hartel Holdings Co Ltd v, Calgary (City) [1984] 1 S.C.R. 337).

“That section is put there essentially to stop municipalities from getting too close to the line — meaning if you want it to be a park buy it, and if you don’t, don’t make it one indirectly,” he said. “I think the case is an excellent decision in terms of reminding everyone involved in this business that line there and it is pretty clear where it is.”

Counsel for the Town of Canmore did not respond to a request for comment.