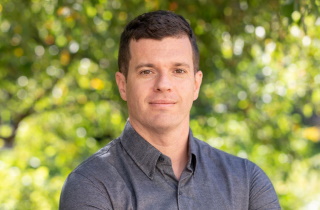 The use of “may” in legislation was front and centre in New Brunswick’s top court deciding that the province’s gaming body must pay a First Nations community almost all net profits from video gambling machines at a local casino.

The Jan. 12 ruling by the province’s Court of Appeal pitted the New Brunswick Lotteries and Gaming Corporation against the Madawaska First Nation in a dispute over money made from video gambling terminals at the Grey Rock Casino, located on the band’s reserve.

The decision comes almost two years after Madawaska and a handful of other Indigenous communities won a court victory over New Brunswick’s government when it comes to the province having to share carbon-tax revenue collected on reservations.

At the centre of this case, cited New Brunswick Lotteries and Gaming Corporation et al. v. Madawaska First Nation, 2023 NBCA 1, was the province’s Gaming Control Act, which, according to the decision, states that the corporation “may pay a First Nation 95 [per cent] of net profits from gaming ‘on the band’s reserve that utilizes video gaming devices.’”

The corporation, the appellant, maintained that the Act’s use of the word “may” means it has the discretion to decide whether to pay this amount to Madawaska.

But Appeal Court Justice Raymond French, along with Justices Ernest Drapeau and Charles LeBlond, sided with a lower court in finding that because Madawaska had met its obligations under the Act, the corporation had to pay the band its 95 per cent.

Those obligations are: that there is an agreement between New Brunswick and Madawaska; that the agreement is in good standing; and that the “net income claimed from the casino on the reserve is from ‘video gaming devices.’”

Justice French found that the corporation does not have the discretion it claims.

“Since this Court is in as good a position to decide the issue, rather than remit the matter back to the application judge, I would make the decision that ought to have been made on the record before him,” found Justice French. “In my opinion, the Gaming [Corporation] does not have the residual discretion it claims, and Madawaska ought to be paid its share of the net profit for the video gaming devices at the casino.” 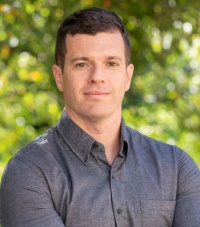 Kennedy, a lawyer with Toronto’s Olthius Kleer Townshend LLP, elaborated on this.

“The courts have generally said that that sort of classic distinction, ‘shall’ versus ‘may’, where one means one thing and the other means the other, has kind of broken down. So, now you need to take the whole factual and legal context of the case into account to understand whether it’s mandatory — shall — or discretionary — may.”

Crowns involved in the appeal did not respond to a request for comment.

Kennedy was involved with the March 2021 Court of Queen’s Bench ruling in Kingsclear First Nation v. New Brunswick (Minister of Finance) 2021 NBQB 65, which found the province had to share carbon tax revenue generated on-reserve with each of the Wolastoqey First Nations — including Madawaska — for the duration of a set agreement.

That case dated back to 1994, when New Brunswick signed contracts with each of the Wolastoqey First Nations, agreeing that the province would return a significant portion of provincial taxes collected through the sale of gasoline, diesel fuel and tobacco on Wolastoqey reserves

That agreement will expire at the end of this month.