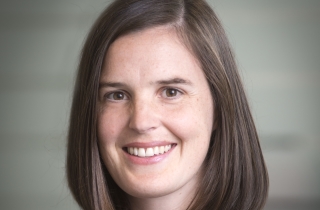 The British Columbia Court of Appeal has released another decision regarding the treatment of inmates in administrative segregation but noted this won’t be the final word as the Attorney General of Canada has made a new application to suspend the declaration of invalidity on solitary confinement.

In British Columbia Civil Liberties Association v. Canada (Attorney General) 2019 BCCA 177, the court determined that additional conditions must be placed on Canada to ensure inmates’ rights to access counsel are not hindered while Parliament addresses the current statutory framework for the use of “administrative segregation,” which had been declared unconstitutional.

Justice Peter Leask, of the Supreme Court of British Columbia, determined in January 2018 that sections 31, 32, 33 and 37 of the Corrections and Conditional Release Act violate sections 7 and 15 of the Canadian Charter of Rights and Freedoms. However, he suspended his declaration of invalidity for one year.

According to court documents, the Crown appealed the decision and made an application to have the suspension extended. In British Columbia Civil Liberties Assn. v. Canada (Attorney General) 2019 BCCA 5, the Court of Appeal granted an extension until June 17, 2019, but put in place a number of conditions to “ensure that the government dealt with particular constitutional concerns during the period of suspension.”

“Canada was required to provide the court with a letter reporting on its progress in complying with the conditions by February 28, 2019. The Court reserved the right to impose additional conditions on the continuation of the suspension after receipt of the letter,” wrote Justice Harvey Groberman, for the Court of Appeal.

According to court documents, Canada delivered the letter to the court in February 2019, which was quickly followed by a letter from the respondents, the British Columbia Civil Liberties Association and The John Howard Society of Canada, noting that they would be requesting additional conditions be imposed.

The respondents’ letter stated that the Kent Institution cancelled a twice monthly segregation clinic, which was in place for the past four years to facilitate access to Prisoners' Legal Services (PLS).

“As well, concerns have been raised that the conditions of confinement in segregation remain inadequate, that prisoners are not being provided adequate access to phones to contact PLS while in segregation,” the letter explained.

The respondents filed a motion and three affidavits regarding their concerns. However, the court noted that the evidence presented by the respondents is “largely anecdotal and, in most cases, hearsay.”

The court acknowledged that evidence provided by Canada in response to the motion was also “hearsay” and relied on “generalized information.”

“The Court’s concern in imposing conditions on the suspension of invalidity is to ensure that constitutional concerns are being addressed within the current statutory framework. The Court is not equipped or institutionally competent to take over the administration of penal institutions, and it is wary of imposing specific conditions without detailed evidence and submissions showing their value and their feasibility,” wrote Justice Groberman.

The court addressed the eight conditions sought by the respondents but noted that many of the conditions “do little more than duplicate existing policies and conditions.”

Justice Groberman, with Justices Peter Willcock and Gregory James Fitch in agreement, determined in a decision released May 21 that three additional conditions “must be satisfied in order for the declaration of constitutional invalidity to remain suspended until June 17, 2019.”

In his conclusion, Justice Groberman noted that after making this decision, but before its release, the court was “advised that the Attorney General of Canada will be making an application to extend the suspension of the declaration of constitutional invalidity beyond June 17, 2019.”

“The current decision does not contemplate such an extension, and any conditions that would attach to an extension should be addressed in the course of the application,” he added.

Alison Latimer, a partner at Arvay Finlay LLP and counsel for the respondents with Joseph Arvay, said the conditions imposed by the court were “designed to protect the constitutional rights of inmates while the government moves towards a new legislative regime.”

“Hopefully, the new conditions will ensure prisoners in solitary confinement have their constitutionally protected access to counsel during this transition period,” she added.

Correctional Services Canada communications adviser Véronique Vallée, when reached for comment, said, “We are considering the court’s decision and remain committed to ensuring that federal correctional institutions continue to provide a safe and secure environment for staff and inmates.”

The issue of administrative segregation is also being grappled with in Ontario as the provincial Court of Appeal granted “one final extension” for the suspension of invalidity until June 17. In Canadian Civil Liberties Association v. Canada (Attorney General) 2019 ONCA 342, the court granted the extension with “with great reluctance” so “that the fifth working day review can quickly begin.”