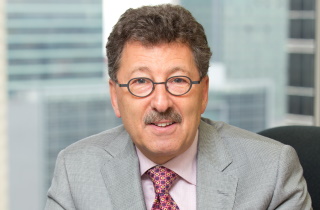 Ontario family law lawyers say a rule change or other fix may be needed after a controversial Ontario Divisional Court judgment that clamps down hard on applications to appeal temporary orders in family law cases.

Counsel are raising concerns that more clients than before will suffer for months, or even years, under onerous temporary support rulings that are arguably (or obviously) legally flawed, but can’t be appealed following the Divisional Court’s Nov. 8 written endorsement in Lokhandwala v. Khan 2019 ONSC 6346.

“The Divisional Court has acted in good faith, of course, but I fail to see the wisdom in denying a realistic, efficient and cost- and time-effective appeal route for meritorious appeals of temporary orders,” family law specialist Gary Joseph told The Lawyer’s Daily, noting that concerns about the decision have already been raised at a family law conference in Toronto last week.

Joseph, of Toronto’s MacDonald and Partners LLP, suggested that Ontario’s Family Law Rules should be amended to avoid applying to temporary family law orders the high bar for leave to appeal contained in the province’s Rules of Civil Procedure (RCP).

“We need a real avenue for appeals of temporary orders that is time- and-cost effective,” he argued. “Appeals brought frivolously will attract cost awards,” he noted.

Joseph said alternatives to changing the restrictive leave test would to eliminate lengthy waits for trial, and also to “facilitate better time-management of motions to avoid erroneous results.”

Motion results are often unsatisfactory, he explained. “In some courts judges don’t have time to fully review the materials and consider the matter. They do their best, but often the result is not correct in law, or correct on the facts, or both.“

Joseph pointed out it is small consolation to a client struggling within family law litigation “to assure him/her that at trial — which maybe is years down the road — this [error] will be corrected.”

In the meantime, temporary orders can be used as “weapons” against parties who default, via motions to strike pleadings and for contempt, Joseph noted.

“It’s possible that bench and bar committees around the province may now take this up, and have animated discussions about it because there’s certainly arguments on both sides [of the appeal issue], so this may be the impetus that was necessary,” Franks suggested. “It’s always been pretty hard — and it’s been known to be pretty hard — to appeal, or to get leave to appeal, an interim decision in family law,” he advised. “But [this decision] … really sort of sets it down with a hammer. So it could very well be that this now is something that gets picked up by members of the bar, or by members of the rules committee, or by bench and bar committees.”

In a rare written endorsement, issued in a case in which the appellate court denied leave to appeal, the Divisional Court reminded the family law bar that in order to obtain leave to appeal a temporary order — even one that is fairly obviously wrong — the moving party has to show that an issue is important and rises beyond the interim interests of the particular litigants. For example, cases which raise questions of broad significance or of general application that warrant resolution by a higher court because they affect the development of the law and the administration of justice. Even where an issue is important “leave will still not usually be granted where that issue will still be available for appellate adjudication after trial,” stipulated Divisional Court Justices David Corbett, Harriet Sachs and Lynne Leitch.

That test and approach is questionable in an era of backlogged courts and long trial delays, Franks said.

“It’s a very high test and a lot of people are not very happy with it, not only in the family bar but in the general civil bar, because you essentially have to show that the issue transcends the interests of the parties which [in] family law, unless you are talking about access to justice issues, or procedural fairness issues, isn’t going to arise very often.”

Franks pointed out that “in jurisdictions where they have a really clogged trial list you could be waiting for two years or three years before you get on to trial.”

While one way to address flawed temporary support orders might be to make it easier to get leave to appeal, “that arguably would just clog the system more,” he said. “The other possibility is to deal with the overall access to justice issue and make it easier in some of the really congested jurisdictions to get to trial.”

Franks noted more judges are needed in some regions to reduce trial delays, for example, Newmarket, Ont.  which has one of the fastest growing populations in Canada. “Newmarket has very good hardworking judges but they can’t keep up with the volume,” he said. “I understand, and I think the bar generally understands, it’s far better to move on to trial then waste time and money on appealing interim orders. ... But there are some situations where [an interim appeal] is called for.”

Letter to the editor: Freedom of conscience plays vital role 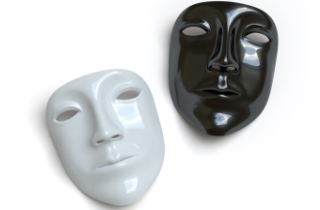 The trouble with invisible litigants