I know, the Supreme Court doesn’t give reasons for its leave decisions. But why “no” to leave here? Dakota Ojibway seemed to check the boxes.

We know that we are not to interpret leave decisions as “approving” the decision or reasoning of the court below. That’s more compelling when a case is confined to its particular facts. But that’s not what the Manitoba Court of Appeal did in its wide-ranging decision, a policy decision not at all confined to its facts.

Again, I know, nothing is to be taken about “correctness” from the denial of leave. But what does this denial mean for courts facing these issues in other provinces? Two entirely different approaches, Ontario versus Manitoba, two policy decisions. Supreme Court permits the Manitoba approach. What you permit, you promote, goes the old saying.

Since 2000, the Supreme Court has not granted leave in a single conventional child protection case, despite more than 30 applications for leave, 10 of them in the past five years. Dakota Ojibway involved an Indigenous mother and child, a birth date apprehension, permanent guardianship, at a summary judgment hearing eight months later.

There has been a notable spread of summary judgment in child protection cases, not just in its original home in Ontario, but now in Manitoba and occasionally in New Brunswick, Newfoundland and Labrador, Nova Scotia and Saskatchewan. The Supreme Court’s decision in Hryniak v. Mauldin is now called in aid for all manner of procedural changes. Hryniak was a claim by U.S. investors against some dubious Canadian traders, a world away from the gritty realities of poor families.

For the individual plaintiffs in Hryniak, the court was able to frame its decision in bold policy terms like “access to justice” and “culture shift.” Such terms have little meaning when the state seeks more informal procedures to remove a child permanently from parental care. Granting leave in Dakota Ojibway would have forced the Supreme Court to think about its own decision in Hryniak, and how it is being used, or misused.

Rollie Thompson is a professor at the Schulich School of Law, Dalhousie University. He has practised, taught and written about child protection for a long time. 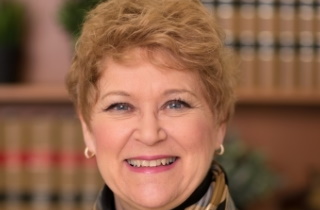