Visitors to Nova Scotia’s courts are now required to wear a face mask in all common areas, including entrance lobbies, elevators, interview rooms and waiting spots.

The mandatory wearing of non-medical masks (NMM) started July 6, after Nova Scotia Judiciary’s Court Recovery Committee recommended their use “in situations where exposure to crowded public spaces was unavoidable and consistent physical distancing was not possible.”

On June 25, the committee released its Recovery Plan for expanding the court services being made available during the COVID-19 health crisis. At the time, the mandatory wearing of masks was not a requirement, but that has since changed.

According to a recent news release, the decision on masking was made after reflecting on precautions that were put in place for the July 3 opening of the Atlantic Bubble, which allows people from Nova Scotia, Prince Edward Island, New Brunswick and Newfoundland and Labrador to travel between those provinces without having to self-isolate.

“Since the plan’s release, the Office of the Chief Medical Officer has enhanced its guidance around the use of non-medical masks,” states the release. “This development is related to Nova Scotia continuing to lift public health restrictions, including the introduction of the Atlantic bubble. … The Court Recovery Committee met recently to discuss these developments and agreed an update to the plan was needed.”

The release notes that public access to courthouses continues to be limited to those who are involved in a proceeding, have an appointment, work in the building or who are members of the media.

“Anyone permitted inside a courthouse is encouraged to bring their own non-medical mask. However, for those who may not have one, a supply of disposable masks will be available at the front doors. Non-medical masks must be worn in all common areas of the building, including entrance lobbies, elevators, waiting areas and interview rooms.”

It notes that social distancing will continue to be promoted by “limiting the number of people inside the building and in courtrooms, reconfiguring all spaces for physical distancing, and facilitating the movement of people by sheriffs.”

“However, the Committee recognizes that there will be situations, especially in smaller courthouses, where physical distancing will be challenging at times,” it states.

Ontario’s courts began a gradual return to in-person hearings on July 6 and the province’s Ministry of the Attorney General announced that, as part of that reopening, masks would be mandatory.

Like those in Nova Scotia and others across Canada, Ontario’s courts had shut their doors and reduced operations in a bid to stop the spread of COVID-19, turning instead to remote technology whenever possible.

Courts in Alberta have also made wearing masks a requirement as part of their own expansion of in-person hearings. 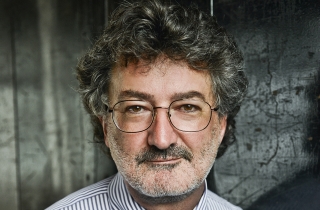