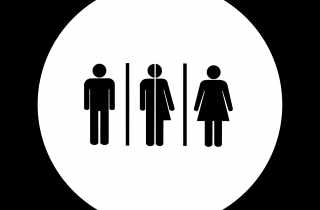 In every society that operates under a heteronormative patriarchal regime, trans people will continue to experience systemic oppression as a consequence of not conforming to gender norms. Kavanagh v. Canada (Attorney General) [2001] C.H.R.D. No. 21 is a landmark case that sheds light on the discriminatory treatment of trans inmates in prisons and exemplifies the transphobia embedded in the Canadian legal system.

In Kavanagh, the appellant is Synthia Kavanagh and the respondents are the Canadian Human Rights Tribunal and Attorney General of Canada. The legal issues concern the validity of ss. 30 and 31 of Correctional Service of Canada’s Health Service Policy that requires: (a) placing pre-operative trans inmates with other inmates sharing their anatomical structure, and (b) prohibiting access to sex reassignment surgery.

Born with male reproductive organs, Kavanagh soon realized that she was different from other men and was eventually diagnosed with gender identity disorder. In 1985, Kavanagh was sentenced to life imprisonment for murdering her transsexual roommate, Lisa Black. At the time of her incarceration, Kavanagh had started hormone therapy and had been conditionally approved for sex reassignment surgery. In light of these factors, the trial judge recommended that Kavanagh be allowed to serve her sentence in a women’s prison.

Notwithstanding the trial judge’s recommendation, the Correctional Service of Canada (CSC) placed her in Millhaven Penitentiary — a maximum-security prison for men in Kingston, Ont. — because Kavanagh had male genitals at the time of her incarceration and was thus perceived as a man.

Kavanagh’s incarceration adversely impacted the medical treatment she received for her gender identity disorder. She was not permitted to continue with her hormone therapy. This reversed the progress she had made in her transition process, given that she lost various secondary sex characters and led her to experience extreme distress.

In rage and desperation, she attempted to slice off her penis. Kavanagh was also not allowed to obtain sex reassignment surgery. From being assaulted by inmates to being prohibited from wearing feminine clothes and cosmetics, Kavanagh experienced many challenges during her time in prison. She repeatedly requested to be transferred to Kingston’s Prison for Women, but CSC denied her request every time. As a result of these events, Kavanagh filed complaints with the Canadian Human Rights Commission regarding the placement of pre-operative trans inmates, the refusal of sex reassignment surgery and the restriction of hormone dosage. All of the above complaints allege discrimination on grounds of sex and disability.

The counsel of CSC provided justifications for the policies in question in response to Kavanagh’s complaints. According to s. 31, only inmate-requested medical services deemed essential will be provided to inmates during incarceration at CSC’s expense. The onus is on the inmates to pay for the costs of non-essential medical services unless the requested service is ordered by the court.

Since sex reassignment surgery does not constitute an essential service within the meaning of CSC’s policy, inmates cannot have access to this medical service unless it is ordered by the court. This policy corresponds to the policies in other jurisdictions, including the United States, Australia and New Zealand, and is in place to prevent citizens from engaging in criminal behaviour in pursuit of free medical services. In respect to s. 30, the counsel argued that placing pre-operative male to female trans inmates in women’s prisons may pose a great risk of harm to female inmates, many of whom have been victims of abuse perpetrated by men and thus prefer to share the prison with other biological female inmates.

The Canadian Human Rights Tribunal found liability on the part of the Correctional Service of Canada and stated that ss. 30 and 31 of CSC’s Health Service Policy infringe s. 5 of the Canadian Human Rights Act. Where placement was concerned, they found that even though CSC justified not placing pre-operative trans inmates in facilities in accordance with their targeted gender identity, the policies in place fail to “recognize the particular vulnerability of this group of inmates and their need for accommodation within the prison setting.”

In light of this, the court concluded that s. 30 ought not to be ceased. Instead, CSC must consult with the Canadian Human Rights Commission to formulate a policy that accommodates the needs of trans inmates. Where access to sex reassignment surgery is concerned, the court found that s. 31 is discriminatory on grounds of sex and disability and that CSC has failed to justify the blanket prohibition on access to sex reassignment surgery. The court ordered CSC to suspend s. 31 and take steps in consultation with the Canadian Human Rights Commission to create a new policy.

The ruling of Kavanagh v. Canada is a pivotal moment in the history of trans rights. While the judgment is valid, the reasoning is flawed and inconsistent with the rule established in prior rulings in similar cases. The court decided to not cease s. 30 because it found CSC’s reasoning for the placement of pre-operative trans inmates in facilities that conform to the inmate’s biological sex plausible.

The court concluded that CSC justified the placement of pre-operative trans by stating that female inmates prefer to share the prison with other biological female prisoners to avoid experiencing abuse at the hands of men. In so doing, the court accepted preference as a defence — a defence that is invalid and unacceptable in the eyes of law, as specified in the ruling of Sheridan v. Sanctuary Investments Ltd. (c.o.b. B.J.’s Lounge) [1999] B.C.H.R.T.D. No. 43.

In this case, Tawni Sheridan, a pre-operative male to female transsexual, filed complaints against Sanctuary Investment Ltd. of discrimination on grounds of sex and disability after being denied access to a female washroom. The respondent argued that Sheridan was barred from using the women’s washroom because female customers prefer to share the washroom with other biological female customers. The court ruled in favour of Sheridan and concluded that preference cannot be used as a defence for discrimination against pre-operative trans women. By accepting preference as a defence for discrimination in the ruling of Kavanagh, the court disregarded the precedent set in Sheridan and reversed the progress made in prior rulings of previous similar legal cases.

Despite decades of transgender rights movements, trans people continue to experience stigma and discrimination in the criminal justice system and society as a whole. The ruling of Kavanagh is imperative because it sets a precedent for future legal cases concerning similar issues and conveys the message that the rights of trans people will be protected by the Canadian legal system. While the reasoning of the judgment is regressive, the ruling is a step towards diminishing systemic oppression against the trans community and dismantling the transphobia embedded in the legal system.