In a case involving employee privacy in the workplace, Ontario’s Appeal Court has ruled it was wrong for a school principal to read and photograph private messages between teachers he found left open on a work computer.

The June 21 Court of Appeal for Ontario ruling in Elementary Teachers Federation of Ontario v. York Region District School Board, 2022 ONCA 476 focused on the “reasonable expectation” of privacy afforded to employees — in this case, two teachers at a public school in York Region — and if a search of their private communications done by the boss is a breach of their Charter rights.

More specifically, the question was of whether “public school teachers [are] protected from unreasonable search and seizure by s. 8 of the Canadian Charter of Rights and Freedoms if the search and seizure is performed in the workplace by their employers?”

In the end, the court was clear.

“There is no doubt that they are,” it decided.

The appellants in this case were two female teachers contracted to teach Grade 2 at Mount Joy Public School for the 2014-2015 school year. They were part of a small group of teachers working the school’s Grade 2 classes.

Shortly after the two appellants started the school year, “problems arose amongst the group members.” The appellants felt one other teacher was “not an effective member of the group” and was receiving preferential treatment from the school’s principal.

The appellants were concerned this would impact their own performance reviews. To this, one of the appellants contacted her union for advice and was told to keep notes on the situation. She started a password-protected log using her personal e-mail account and gave her co-appellant access. The court notes the log was being stored in “the Cloud” and could be accessed via the Internet on a workplace computer, but that it was not saved on any workplace hard drive or workplace computer.

At least one of the appellants told some other teachers about the log, while some others overheard it being talked about.

Three people voiced concerns to the principal that the workplace was toxic. They also told him that the appellants were keeping a running log. The principal, taking issue with the log, had the school board do a search of its online files and hard drives, but no log was found.

That December, the principal entered the classroom of one of the appellants after school had let out and saw that the appellant’s workplace laptop had been left open. He touched the mousepad and the log opened on the screen. The principal read it and used a cellphone to take screenshots of what was around 100 entries.

A month later, the appellants were handed “letters of discipline” for using school board technology for the log; they were both handed reprimands.

The appellants’ union grieved the discipline and called on the board to both rescind the reprimands and award each of the two teachers $15,000 for the privacy breach.

The issue went to arbitration.

The arbitrator found that because the appellant had left her work laptop open, with the log exposed for potentially anyone to see, she had a “diminished expectation” of privacy. The arbitrator also found the principal to have done the search in a reasonable manner and that it was his duty ensure a safe school environment in what otherwise had become “a toxic work environment within the … teaching team.”

The appellants then turned to Ontario’s three-judge Divisional Court, which backed the arbitrator’s decision — albeit with one judge dissenting.

But Appeal Court Justice Grant Huscroft, with Justices Mary Lou Benotto and David Doherty agreeing, found that the principal had, in fact, breached the appellants’ right to privacy.

“[T]he arbitrator erred in interpreting and applying the law concerning the grievors’ s. 8 [Charter] rights and reached an unreasonable decision,” wrote Justice Huscroft. “The majority of the Divisional Court erred in asserting that the grievors did not have the right to the protection of s. 8 in their workplace and erred in asserting that the arbitrator’s decision was subject to two levels of deference. The principal’s actions in reading the log, taking screenshots of it, and sending it to the Board violated the grievors’ reasonable expectation of privacy and constituted an unreasonable search under s. 8.”

Justice Huscroft noted findings by the Supreme Court of Canada in R. v. M. (M.R.),[1998] 3 S.C.R. 393, which found that the searching of students by a principal is not the same as a search in the criminal context, and that it required a more flexible approach due to a need to act quickly in the name of protecting other students.

But this does not apply to teachers, Justice Huscroft found.

“School authorities such as principals are not responsible for the welfare of teachers and staff in the same way as students, and the need to act quickly concerning teachers and staff is less likely to arise. In my view, concerns arising out of employment relationships in the workplace are unlikely to justify a similarly broad and flexible search and seizure authority. Branding workplace relationships ‘toxic’ does not alter this.” 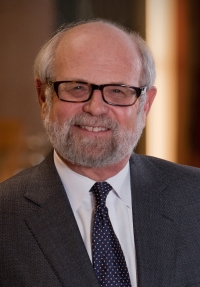 Toronto lawyer Howard Goldblatt, who acted for the Elementary Teachers Federation of Ontario, which appeared on behalf of the two appellant teachers, said the Appeal Court “makes it clear that individual teachers have a reasonable expectation of privacy in respect to the kinds of communications … they had engaged in.”

“The significance is this protection is affirmed by the court, and the distinction between the ability of the principal to do a search vis-à-vis students as opposed to teachers in an employment relationship is clearly distinguished,” said Goldblatt, of Goldblatt Partners.

“What this court has done is emphasize that …  there are these protections in place, and that they are fundamental protections because they rise under the Charter, and that public sector employees –— and teachers in particular — are able to engage in the kinds of communications with the reasonable expectation that their privacy will be respected and protected.”

Goldblatt was asked if the Appeal Court’s ruling could also impact workplace privacy in the private sector.

“Well, I think it’s obviously going to have an impact on everybody — it’s an important decision. It remains to be seen whether the school board will seek leave to have it heard by the [Supreme Court of Canada]. We didn’t even turn our minds to the private sector.”

Goldblatt referred to this as uncharted territory.

“These kinds of communication privacy rights, we’re dealing with kind of a new era here, where individuals are communicating by e-mail and by text and by various other electronic means, and often using the hardware — the computers — of the employer. However, just because it is their hardware does not mean the employer has the right to interfere with or get access to those private communications. How it plays out in the private sector remains to be seen, but certainly we can see how it would play out in the public sector.”

Lawyers acting for the school board did not return a request for comment. 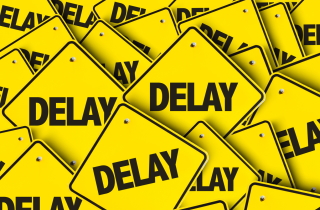