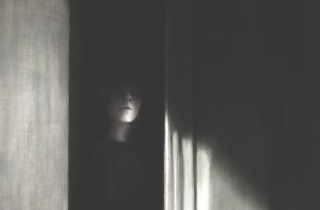 The hardest lesson criminal lawyers must learn is sentence calculation. How much time will my client spend in prison or be subject to state supervision? Is it a “good deal” to negotiate a provincial term plus probation or is it better to have the client agree to a federal penitentiary sentence?

Most of us realize that for sentences up to two years less a day, the period of time spent in jail will be served in a provincial correctional facility. For sentences of two years or more, the new home will be a federal pen. Also to be taken into consideration is the level of security an inmate will endure while “inside.”

Another consideration is the effect of s. 731(1)(b) of the Criminal Code in which makes it permissible for a sentencing judge to attach up to three years of probation to a provincial sentence with the probation conditions to kick in upon release from provincial lockup. Some inmates have told me they find complying with the terms of a probation order to be tougher than the time they spend in a correctional facility.

The most misunderstood aspects of sentence calculation revolve around two precepts: (1) A sentence begins when it is imposed by the sentencing court; and (2) prison administration calculates a sentence not in years or months but in days with any part of a day spent in custody constituting a full day.

Inmate Milhal Demeter pleaded guilty to various crimes in 2020. The Supreme Court of British Columbia imposed a sentence equivalent to five years but understood that the accused had had suffered hardships while in custody awaiting trial including being assaulted and the difficulties endured during the pandemic. The court therefore granted Demeter “good time” to reduce the sentence from five years to 464 days. Since this was less than two years, the court also imposed three years of probation with strict conditions. Even though the sentence was by joint submission, Demeter felt the court and possibly his own counsel cheated him. He appealed (R. v. Demeter 2022 BCCA 115). The Appeal Court held the sentence was perfectly fit.

The court held that when the warrant of committal was signed the period of incarceration was not five years but 464 days. The period of reduction is not taken into account when calculating sentence. The court pointed out that this was the interpretation of s. 731(1)(b) by the Supreme Court of Canada in R. v. Mathieu 2008 SCC 21. Demeter must serve out his period of probation.

This was a slightly different set of circumstances than those dealt with in R. v. Cuthbert 2004 ONCJ 294. In that case, Justice David Cole of the Ontario Court of Justice had to determine if a provincial prisoner sentenced to a probationary term would have to continue the probation after subsequently being sentenced to a federal term. After a thorough examination of authorities, the provincial court judge held that upon receiving a subsequent sentence, the provincial and federal terms of incarceration merged to the effect that Cuthbert was serving a federal sentence. Probation was therefore illegal under s. 731(1)(b).

Criminal defence counsel should consider making an inmate facing charges aware of the possible consequences of opting for a federal or provincial sentence. It is clear from reading the Demeter case cited above, that Demeter had no thorough understanding of how the law operated, in this case to his disadvantage. What he thought was a massive decrease in a federal sentence amounted only to about one year when the probationary term was also considered.

Too few criminal defence counsel consult with prison law experts in presenting sentencing options to their clients. It is disheartening when a defence lawyer does a good job and then finds out his former client is using “ineffective representation of counsel” as one of the grounds for appeal.