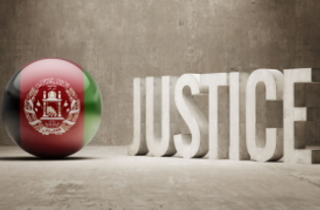 Today, January 24, marks the Day of the Endangered Lawyer. As a Canadian lawyer I want to draw attention to the challenges facing some members of the legal profession in Afghanistan. Since the Taliban government assumed power in the country more than a year ago, the risk of retaliation and danger have only increased for many lawyers and judges, particularly women, advocates say.

For Nasrin (whose name has been changed to protect her identity), leaving Afghanistan was the last resort.

She had spent decades developing pioneering legislation and policies as a judge and legal advocate. When the Taliban took over in August 2021, everything changed. Facing death threats, she ultimately left. “I didn’t have any choice,” she told me. “I left my country, my house.” Now she and other legal activists are warning about the ever-increasing risks that lawyers and judges in the country still face and the need for countries like Canada to step up their efforts to help at-risk Afghans.

“If a woman wants to be a leader, like head of a court … it’s a very big position, but it is very dangerous,” Nasrin says.

Judges like Nasrin, as well as prosecutors, have been threatened with reprisals from the people they tried and the Taliban themselves. She is in contact with colleagues in the legal profession who remain in Afghanistan, and says the situation is worse than a year ago, as lawyers and judges fear for their safety.

“The first line is judges, the second line is defence lawyers and prosecutors … they are searching to find them,” she says.

The development of the Afghanistan Independent Bar Association (AIBA) in 2008 was part of a broader effort to build a non-governmental body that would regulate the legal profession and provide resources to support lawyers and access to legal services. But in November 2021, it was dismantled by armed Taliban soldiers and the Ministry of Justice gained possession of the AIBA’s database, containing contact information of members. The organization is now relaunching itself in exile, from Brussels.

These events have prompted organizations like the International Bar Association (IBA) to express concern for the safety of people who worked for the justice system who have been at heightened risk of threats of violence.

The IBA has urged greater action on the part of the international community to protect the legal profession, referencing the UN Basic Principles on the Role of Lawyers, which states that “lawyers must be able to perform all of their professional functions without intimidation, hindrance, harassment or improper interference.”

Helena Kennedy, the director of the IBA’s Human Rights Institute, says that the unique risks for women lawyers and judges predated the Taliban’s takeover, but weren’t factored in properly into many initial evacuation efforts in 2021.

“Risk assessment was not very rigorously used as a determinant as to who got into those planes during the military evacuations, which meant that a lot of female judges were left behind,” she says.

As a result, she says she received desperate calls from women who were afraid for their lives, which prompted her to act.

Kennedy and a team from the IBA were instrumental in facilitating the evacuation of approximately 120 people who had worked in the legal profession by co-ordinating efforts to charter planes in and out of Afghanistan following the Taliban takeover. Nasrin was one of those who was able to leave as a result of Kennedy’s efforts.

And Nasrin continues to advocate for those who worked in Afghanistan’s legal system and are still in the country who express fear and uncertainty for their futures. This highlights why governments around the world need to do more to support the resettlement of Afghans, including lawyers, who are at risk of persecution, says Stuart Russell, a lawyer and member of the International Alliance of Practising Lawyers’ (IAPL) Monitoring Committee on Attacks on Lawyers.

Canada committed to resettle 40,000 Afghans following the Taliban takeover. To date, the government says 27,345 have come to Canada since August 2021. But the process has been bogged down by policies that aren’t in sync with the situation on the ground, says Maureen Silcoff, an immigration and refugee lawyer in Toronto.

“There has to be a greater commitment to move forward by fixing the programs that are in place to ensure that people can access them to actually come to Canada and by putting in place further programs that meet the moment of the crisis in Afghanistan.”

For instance, Silcoff says that the humanitarian refugee resettlement program through which Afghan nationals can apply for resettlement in Canada still requires that they have refugee determination status as recognized by the United Nations High Commissioner for Refugees (UNHCR) or the government of the country they are in to be eligible, a requirement that the government previously waived for Syrian refugees. While this requirement was waived in October 2022, for up to 3,000 Afghans under the Private Sponsorship of Refugees (PSR) Program, it is now full.

There are also biometrics and security screenings that must be completed prior to coming to Canada. But accessing these tools quickly and easily is proving difficult for Afghans both in Afghanistan and in third countries, amounting to another roadblock to come to Canada, Silcoff says.

A spokesperson for Immigration Refugees and Citizenship Canada (IRCC) says that biometric checks are “one of the best methods” available to screen for inadmissibility prior to people arriving in Canada and that the government has “sent officers to a variety of locations across the globe to provide surge capacity and support the processing, biometric collection and movement of Afghan clients.”

The IRCC also noted that it is making efforts to process cases as quickly as possible, and is processing private sponsorship applications for up to 7,000 Afghans.

Tebasum Durrani is a lawyer at Injured Workers Community Legal Clinic, which is a specialized legal clinic in Toronto serving the injured workers community across Ontario.