Application by the accused for exclusion of evidence due to breaches of ss. 8 and 9 of the Canadian Charter of Rights and Freedoms (Charter). The accused was charged with driving while disqualified. A police officer was at a plaza checking plates of cars in the parking lot for suspensions and checking the sobriety of drivers leaving the area. ... [read more]

Application by the mother to relocate with the children from Ontario to Nova Scotia. The parties married in September 2010. The mother said they separated in February 2020 while the father said they separated in December 2019. They had two children, born in 2013 and 2011. Since June 2020, the parties shared parenting time equally. The mother was originally from Nova Scotia and her extended family lived there. ... [read more]

Motion by Defendant Skyservice Business Aviation Inc. (“Skyservice”) to strike out all allegations in the Plaintiff's Fresh as Amended Statement of Claim with respect to vicarious liability for sexual harassment, without leave to amend, on the basis that such allegations did not disclose a reasonable cause of action against Skyservice. ... [read more]

Motion by the mother seeking an order permitting her to have the child L, vaccinated against COVID-19 and to be permitted to arrange for any further booster shots approved by Health Canada for children of L’s age. The motion arose in the context of a Motion to Change brought by the mother to give her sole decision-making power over L’s health. ... [read more]

Motion by Beazley to be qualified as an expert witness to give opinion evidence. The 27 physicians named as defendants (“Doctors”) were involved in the care and treatment of Beazley. Beazley’s primary allegation was that because of the Doctors’ conduct, there was a delay in him being diagnosed with Lyme disease. He alleged that because of the delayed diagnosis, he suffered injuries and losses. ... [read more]

Appeal by Deol and Best Can Trucking Ltd. (“appellants”) from the trial judge’s apportionment of liability and assessment of damages for loss of future earning capacity and loss of future homemaking capacity following a motor vehicle collision. Steinlauf was struck broadside by an oncoming tractor-trailer driven by Deol, and owned by Best Can Trucking Ltd. ... [read more]

Motion by the defendant Sandra to set aside a 2017 default judgment and any enforcement steps filed. Sandra initially appeared at a 2019 Case Conference to schedule a motion to set aside the default judgment. The plaintiff Monster Snacks, incorporated by Kailani, commenced an action against Sandra in 2016 arising out of a transaction to purchase by the plaintiff the vending machine and other business assets of Suddenly Soda from Sandra in 2015. ... [read more]

Action by CN for damages and punitive damages for breach of fiduciary duty, deceit, breach of contract, breach of confidence, conspiracy, and conversion. The defendant Holmes, a former employee of CN, had authority within CN to hire contractors and approve invoices. Unbeknownst to CN, Holmes created several corporations of which he was the beneficial shareholder and caused CN to hire them. ... [read more] 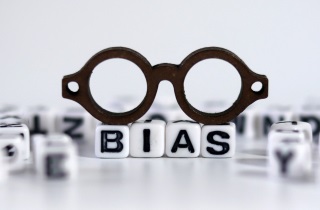 If judges are biased there, are they biased here? Conclusion
J.D. candidate calls out LSO’s inflexibility after request for accommodation on bar exam denied
Does Ontario need better (not more) law schools? | Michael Lesage
Old man’s law of the sea: ‘First we keelhaul the lawyers’ | Marcel Strigberger
Competition Bureau launches free tool for procurement agents to guard against bid-rigging
Pizza chain can pursue counterclaim against advertising firm after admissions set aside by court
From defence to complainant: Facing predator who could have been my client | Laurelly Dale 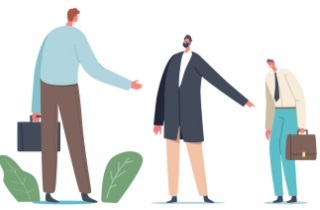 If judges are biased there, are they biased here? Should we blame the victim?