Appeal by Hydro-Quebec from a judgment of the Quebec Court of Appeal that set aside the injunction granted in its favour.

Appeal by Worthing, the testator’s spouse, from an order declaring the will of the testator was proven in solemn form. In 2013, the 63-year-old testator died of cancer. The testator’s will, executed five months prior to her death, was witnessed by two employees of the funeral home where the testator made her funeral arrangements. ... [read more]

Appeal by DGDP-BC Holdings, one of two interim lenders, from an order that gave a later receiver’s borrowings charge priority over the earlier interim lenders’ charge and order that approved the sale of the assets of Accel Energy. ... [read more]

Appeal by the accused Bank and Yip from conviction for trafficking in a controlled substance. Both appellants unsuccessfully argued entrapment at trial. The police contacted each of the appellants after receiving a Crime Stoppers’ tip that specific phone numbers were involved in the sale of drugs. ... [read more]

Appeal by Alberta Computers and Pope, its principal, from trial judgment allowing the respondent’s counterclaim for constructive dismissal and defamation. The appellants induced Thibert to leave secure employment to join Alberta Computers. The relationship was unsuccessful, resulting in termination of Thibert’s employment after six and a half months. ... [read more]

Appeal by the plaintiff Neufeld from the dismissal of his defamation action under the Protection of Public Participation Act. The appellant was a public-school trustee who, in a Facebook post, made negative comments about the way a program designed to teach children about sexual orientation and gender identity, was being implemented in schools. ... [read more]

Appeal by the insurers from a decision that found the respondent’s remediation costs were covered under the parties’ insurance policy. The respondent discovered hydrocarbon contamination on its bus depot property that had been discharged from an underground pipe after a valve inadvertently opened. ... [read more]

Appeal by the Quebec defendants from a sequencing decision by a judge tasked with case management of this putative class proceeding. The Province of BC sought to recover opioid-related health-care costs from 48 defendants involved in the manufacturing, marketing, distribution or sale of opioid drugs and products in Canada. ... [read more]

Appeals by the City from orders quashing the City’s decisions that the building permits of the respondents had expired under its Bylaw. The respondents each obtained building permits from the City to construct single‑family homes on properties located in the Agricultural Land Reserve known for its moist, loose soil from accumulated silt deposited by the Fraser River. ... [read more]

Appeal by Trought from his conviction for possession of cocaine for the purpose of trafficking. Executing a search warrant, the police found over two kilograms of cocaine in the appellant’s apartment. ... [read more] 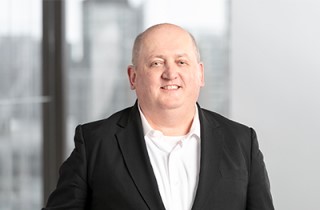 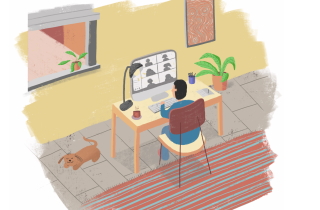 Remote work and implications for immigration and residency