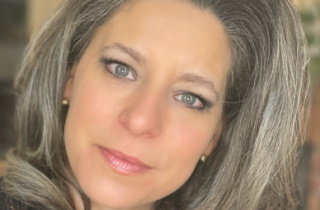 An Ontario Court of Appeal decision endorsing a lower court’s finding that a not criminally responsible (NCR) accused woman cannot be forced to attend a video hearing against her will could have wider implications for courts during the COVID-19 pandemic, says a Toronto lawyer.

The Appeal Court’s unanimous, March 29 decision in Woods (Re) 2021 ONCA 190 is significant because it recognizes that a deviation from an in-person hearing is much more than a procedural irregularity and acknowledges that “personal” appearance means physical presence, said Amy Ohler, the founder of AJO Law who, along with Toronto lawyer Eric Neubauer, served as co-counsel for the sole intervener in the case, the Criminal Lawyers’ Association (CLA).

“While the CLA always has an interest in preserving the rights of the accused, that need becomes particularly acute during a pandemic,” Ohler said in an e-mail to The Lawyer’s Daily. “We have to ensure that the criminal justice system does not sacrifice fairness for efficiency, even now.”

The Appeal Court was reviewing a Nov. 23 ruling on a certiorari application, Woods v. Ontario 2020 ONSC 6899, in which Superior Court Justice Patrick J. Monahan found that the Criminal Code only permits the Ontario Review Board (ORB) to hold its annual disposition review hearing by videoconference with the consent of the NCR accused — in this case, the respondent, Joanne Woods. Certiorari is an aspect of the Superior Court’s supervisory jurisdiction over a tribunal of limited jurisdiction.

The Court of Appeal agreed. While confirming that the board must conduct annual disposition reviews to balance the liberty interests of the NCR accused with the protection of the public, the three-judge panel emphasized that those hearings must be fair.

“An annual review hearing that proceeds by videoconference, over the objections of the accused, and without representation for the accused, cannot be considered fair,” Court of Appeal Justice Michael Tulloch wrote for the panel, which included Justices Grant Huscroft and Julie Thorburn.

“Here it is important to keep in mind that the use of technology in criminal proceedings should be used to enhance access to justice, not inhibit it,” the Court of Appeal added. “The court and the board must remain vigilant about the risk that COVID-19 protocols could erode the fairness of the decision-making process.”

The Court of Appeal rejected the Crown’s arguments that proceeding by video was simply a “procedural irregularity” and an extension of the review board’s authority under s. 672.5(2) of the Criminal Code to conduct the hearing informally where circumstances permit.

“The default rule in s. 715.21 of the Criminal Code provides that ‘a person who appears at, participates in, or presides at a proceeding shall do so personally,’ ” wrote Justice Tulloch. “When read in the context of other provisions in the Code, including ss. 502.1(1) or 487.01(7), ‘personally’ in s. 715.21 means that criminal proceedings must proceed in the physical presence of the accused.”

In 2019 amendments to the Criminal Code, the Appeal Court noted that Parliament provided a judge or justice the authority to preside over proceedings remotely and, in some cases, to require the accused to appear by videoconference. However, it did not grant that authority to the review board.

For NCR accused who do not consent to attending their annual hearing virtually, the review period can be extended beyond a year, said the Court of Appeal, and if concerns about the protection of the public arise during that time, the hospital is legally entitled to step in.

Woods was found not criminally responsible in May 2012 of uttering a threat to cause death or bodily harm and for possession of a weapon for a dangerous purpose. At her 2020 hearing in May, she indicated at the outset through her counsel that she was not comfortable proceeding by videoconference. The ORB decided in April 2020 to conduct all its hearings via Zoom videoconferencing in response to the pandemic. But Woods requested an adjournment of her hearing until it could be held in person, relying on s. 672.5 (13) of the Criminal Code, which stipulates that the board may proceed by videoconference only “if the accused so agrees.”

After an adjournment, a review board panel decided in July 2020 to declare s. 672.5 (13) “inoperative” and of no force and effect in Woods’ case and to proceed with a video hearing without her consent. In an Aug. 25, 2020, decision, the ORB ruled that Woods had not provided evidence to justify her resistance to a video hearing and that, in effect, she was attempting to postpone it indefinitely and was preventing the board from fulfilling its statutory mandate for annual reviews.

At a separate September video hearing, a different panel of the board reviewed Woods’ disposition without her participation or representation by counsel. On Oct. 8, 2020, it issued a disposition detaining Woods at the Centre for Addiction and Mental Health (CAMH) with privileges up to and including living in the community and supervised accommodation approved by the hospital.

But the Court of Appeal declared the October disposition order null and void because the ORB did not have jurisdiction to proceed by videoconference without the consent of the NCR accused. It ordered that the matter be returned to a different panel of the board to be heard as soon as practicable.

Ohler said the CLA sought intervener status in the case because it has potentially wider implications for the justice system — particularly during the pandemic.

“While there is no doubt video hearings have been an essential part of keeping the justice system moving, we are in the early days of this experiment,” she said. “In my view, we should be adopting a cautious approach — proceeding remotely only with the consent of the parties. Certainly, that’s the approach the government has taken in Bill C-23, which we should all be watching!”

Anita Szigeti, the founding partner of Toronto-based Anita Szigeti Advocates who served as co-counsel to Woods with associate Maya Kotob, called the decision’s application to video hearings “very important,” but said the broader implications for the justice system remain to be seen. But it is now clear that at least the ORB lacks any jurisdiction to proceed with video hearings over the objection of an NCR accused, she said.

The ruling, she added, is a “complete vindication” for Woods, whose previous conditional discharge disposition is now reinstated with the Appeal Court’s quashing of the detention order the review board had written.

“The procedural history of this case was troubling,” she said in an e-mail to The Lawyer’s Daily. “The board misattributed bad faith to Ms. Woods and in places questioned the professionalism of her counsel. At the end of the day, it chose to forge ahead despite the fact that neither Ms. Woods nor her lawyer participated in the hearing.

“The Court of Appeal suggests that this also raised fairness concerns,” she added. “They didn’t need to address this additional ground of appeal because they had already found two other reasons that the board had exceeded its statutory jurisdiction.”

In an aside, Szigeti said she practised her detailed oral arguments on her 15-year-old son the night before the Court of Appeal hearing. “When I asked him if he understood what the case is about he said, ‘Yes, if they agree, then you can have a video hearing, but she didn’t agree, so no video.’ So I told him to go to law school because that’s basically the court's judgment.”

Brian Gray, a spokesperson for the Ontario Ministry of the Attorney General, said it would be inappropriate to comment on the decision because the matter is still within the appeal period.