Over the past several years, we have seen an influx of young people and their parents reaching out to our firm for help against bullying. It is distressing to meet parents who feel powerless in protecting their children against bullying and who are turning to legal action as a last resort. There is a common link amongst many of these families — private and independent schools.

When I hear these stories, my instinct as a father is to seek justice for the victims and their families — but my instinct as a litigator is to make a lasting impact within Ontario’s education laws so that bullying never happens to any child ever again.

In my view, bullying does not start with the bully; it starts with systemic negligence.

The education act and its role in bullying

Bullying is happening across the country every day; however, there is a distinct lack of attention toward private and independent schools in the formulation of our laws.

In Ontario, the Accepting Schools Act, 2012 sets out the rights and responsibilities of teachers, schools, school boards and ministries when preventing or dealing with physical bullying and cyberbullying. However, the Act does not protect a child bullied in a private or independent school, as those establishments are considered to operate as businesses or non-profit organizations.

Rogerson Law Group wrote to Ontario’s Minister of Education Stephen Lecce to persuade him to address this gap in our education laws. Minister Lecce has residual power to act and could change legislation to reverse carve-outs for private and independent schools.

A reply from the minister’s office confirmed that “private schools are not required to follow ministry-issued policies governing safety and student behaviour in publicly funded schools. Parents are therefore encouraged to consider any policies or procedures that a private school has in place before enrolling their child in the school.” This leaves the burden of responsibility on parents and that’s unacceptable.

Until there is policy reform and accountability in the education laws, sometimes a victim’s only recourse is to sue — and it has proven effective. In the case of Kaufman v. Leo Baeck Day School [2004] O.J. 3488, the parents were successful in forcing the private school to reinstate their son. With respect to Allan Kaufman’s son, the judge said his conduct had been exemplary. The school, which opted to expel the victim rather than address the issue, was found at fault.

Victims within the public system have increasingly turned toward legal action as well. In 2011, four claims were filed in Ontario Superior Court against the Bluewater District School Board involving three schools, five teachers, three principals and one vice-principal.

Well above the $1-million standard in personal injury claims, each of these lawsuits was for $8.5 million — citing gross negligence for the failure to protect students from bullies. Totalling $34 million, the Bluewater suits were the biggest of their kind in Canada at the time.

Like Kaufman, the students of Bluewater and countless others, victims of bullying want their voices heard and the gaps in the system addressed. Unfortunately, in today’s system, the dollar amounts on these lawsuits are the only thing making anyone take notice.

At a 2011 conference hosted by the Canadian Association for the Practical Study of Law in Education, a team of psychologists and lawyers presented a paper titled “Education’s perfect storm,” which advocated an increase in lawsuits against schools to bring about greater awareness and action. The paper echoes my thoughts exactly: we should not blame the bully, but rather hold responsible those with the resources to make a systemic change.

Whether a parent is paying into the public system or $35,000 a year to a private school, their common denominator is wanting their child to learn in a safe environment. And when that doesn’t happen, the repercussions can be even more costly.

Bullying Canada, Canada’s national organization that resolves bullying situations through direct facilitation, says the longer a child is bullied, the more likely they are to develop physical, emotional, psychological and debilitating effects that can last a lifetime.

I have seen firsthand from victims who have come forward how bullying has, in the worst situations, pushed them to attempt suicide. In other instances, it has led to their loss of focus and confidence, impacting their ability to learn, reducing their chance of attending or succeeding at post-secondary school, and ultimately, negatively impacting their career choices and trajectory.

We encourage all victims of bullying, particularly at private or independent schools, to come forward and share their truth. We also welcome litigators in this area to contact us and share their expertise and insights for the common good.

Andrew Rogerson is the founder of Rogerson Law Group, a niche law firm specializing in asset protection, estate planning, will disputes and estate litigation, family law and bankruptcy. Part of the broader sphere of education law, Rogerson Law Group works to help those without a voice stand up and fight back through the largely pro bono Victims of Private School Bullying Practice. A key member of this practice is Brian Murphy, trial counsel and former member of Parliament, who is retained by Bullying Canada and appeared for them in the Supreme Court of Canada case, A.B. v. Bragg Communications Inc. 2012 SCC 46. 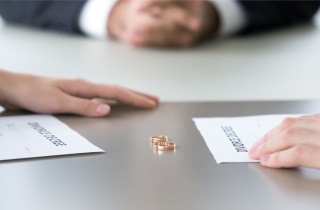