Ontario is extending its stay-at-home order an extra two weeks until at least June 2 as the province continues battling to reduce COVID-19 case numbers and free up overcrowded hospitals.

The provincewide lockdown, which was slated to end at 12:01 a.m. on May 20, will keep all but essential businesses closed and students confined to online learning across Ontario. But in a May 13 news release, the government said that youth aged 12 to 17 and family members who have not received a vaccine will be eligible to arrange a vaccination appointment through the province’s online booking system starting May 31.

The province expects to begin vaccinating children in June at mass vaccination clinics, community and school pop-up clinics, and at special dedicated youth and family clinics throughout the weeks of June 14 and 21. The government will work with public health units and the Children’s COVID-19 Vaccine Table to offer both doses of vaccine to youth in that age group by the end of August, in collaboration with school boards and other partners, the news release stated.

At a May 13 news conference, Ontario Premier Doug Ford said that depending on key COVID-19 public health indicators, the government will consider reopening at least outdoor recreational amenities on June 2.

“Each and every day, over 130,000 people are getting the vaccine,” said Ford. “That’s why I expect that by June the 2nd, so long as we stay the course, we will be able to reopen outdoor recreation.

“And by then,” he added, “we will provide more details on our plan to carefully and safely begin to reopen the province in the days and weeks to follow. But at a time when contagious variants pose real risks to our province, we can’t rush to reopen.”

“While the latest data shows that public health measures are having an impact, the situation in our hospitals remains precarious and variants continue to pose a significant risk,” she said in the news release. “Experience from other jurisdictions shows that driving transmission to very low levels is needed in order to end the third wave. We must stay the course as we continue to quickly vaccinate more Ontarians, including our children and youth.”

From May 3 to 9, the news release noted, Ontario’s rate of COVID-19 cases rate remained very high at 134.9 cases per 100,000 people. And while the test positivity rate decreased to 7.7 per cent during the week of May 2 compared to 8.6 per cent the previous week, it was still well above the high alert threshold of 2.5 per cent, said the release

From May 5 to 12, it noted, the number of patients with COVID-related critical illness in intensive care decreased from 877 to 776, but hospitalization and ICU admissions remain too high and well above the peak of wave two.

On May 13, the province reported 2,759 new cases of COVID-19 and an additional 31 deaths. The rolling, seven-day average of new cases declined to 2,729 compared to 3,369 on May 6. The average daily death toll, however, increased by one from the previous week to 27.

Dr. David Williams, the province’s chief medical officer of health, said at the news conference that he would like to see the daily number of new cases drop below 1,000 for a sustained period before public health restrictions are significantly eased. Attaining that goal is possible if the province reaches its goal of vaccinating 65 per cent of adult Ontarians with their first dose by the end of May.

During the news conference, Ford continued to criticize the federal government for not tightening border restrictions to control the spread of more infectious COVID-19 variants.

“One thing threatens the summer everyone hopes to have, and that’s the weak and porous border measures that the federal government has kept in place,” he said. “Our government has made three formal requests for more measures at the border. Weeks have gone by and we’re just hearing crickets.”

In a May 13 interview with CP24, however, Prime Minister Justin Trudeau said Ottawa has already reduced international flights and is willing to work with Ontario to impose additional restrictions. He accused Ford of playing politics.

“I find it kind of frustrating and disappointing that the province is still trying to point fingers,” he told CP24.

“Instead of blowing the dog whistle on borders,” said Schreiner, “Ford needs to take accountability and focus on addressing the workplace outbreaks that are driving the spread of COVID in Ontario, with concrete measures like 10 paid sick days, mandated medical-grade PPE and rapid testing, and robust workplace inspections.”

Meanwhile, Ontario NDP Official Opposition Leader Andrea Horwath said the extension of the stay-at-home order reflected the government’s failure to follow the advice of its own scientific experts.

“People and families have to stay locked down because Ford refuses to do what the experts have been telling him to do,” she said in a May 13 statement. “If I were premier today, I would give workers paid sick days, close non-essential businesses and give them financial support, focus on hotspots, and reopen outdoor activities safely, right away.”

In a report released May 12, Ontario auditor general Bonnie Lysyk said the Ontario government did not properly track about $4.4 billion in pandemic relief spending.

“The report noted,” said a news release from the auditor general’s office, “that many essential workers, including those in long-term care homes and retirement homes, saw pandemic pay delays of two months or more following the announcement of the program in April 2020, and ministries did not track or obtain confirmation from employers that the funds had been paid to eligible employees.” 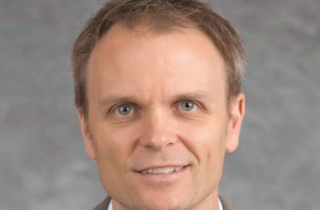