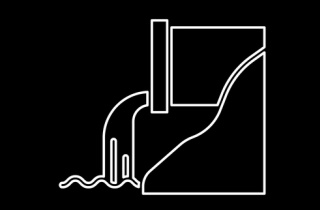 Judicial review of refusal of exemption from regulatory requirements

Cases concerning the refusal of an exemption from regulatory requirements are rare, probably because there is no legal right to an exemption from the law and the authority to grant them is highly discretionary.

Sanimax operated a rendering plant. They rendered pork and chicken fats into products that had industrial and agricultural uses. The processing of these waste fats reduced the environmental impacts of their direct disposal. However, the rendering processes resulted in wastewater containing ammonia nitrogen which is a toxic contaminant to aquatic life.

The quantity of ammonia nitrogen in Sanimax’s wastewater exceeded the maximum standard established by city bylaw. After four years of working to solve this problem, in consultation with engineering experts and city wastewater officials, Sanimax concluded that to pre-treat its wastewater to meet the regulatory standard would be technically complex and expensive.

So, Sanimax applied for an exemption from the regulatory standard. The city bylaw authorized the operator of its wastewater treatment works to grant an exemption. The exemption requested by Sanimax was refused because the city’s sewage works do not have the capacity to process this contaminant.

Sanimax applied for judicial review. The city counterclaimed for an injunction to enforce the regulatory standard.

The city’s decision refusing the exemption was quashed because it lacked the justification required by Vavilov (Canada Minister of Citizenship and Immigration) v. Vavilov [2019] S.C.J. No. 65. The city official admitted that they refuse to grant any exemption for this particular contaminant, and that they did not consider Sanimax’s particular situation nor address its main arguments.

However, the court exercised its discretion to refuse to grant Sanimax a remedy. The court ruled that there would be no point referring the matter back to city officials because the key criterion for an exemption is the capacity of the city’s wastewater treatment works to treat this contaminant. As it did not have this capacity, an exemption would inevitably be refused.

The court granted the city’s counterclaim for an injunction requiring Sanimax to comply with the regulatory standard. Sanimax’s discharge of this contaminant had exceeded the standard for more than 10 years, and it had received eight notices of default from the city. Sanimax’s arguments about the expense of a technical solution was dismissed because that is the cost of a commercial activity that produces environmental contaminants. However, the court allowed Sanimax eight months to install its system to pre-treat its wastewater so that it will meet the regulatory standard.

The court ordered each party to bear its own costs, including the costs of its experts.

Sara Blake is the author of Administrative Law in Canada, 7th edition, LexisNexis Canada. Her practice is restricted to clients who exercise statutory and regulatory powers.