In recent months, several judges, court officials and observers have stated that the pandemic has thrust the justice system further along into the 21st century with the push to use all available technologies to maintain court operations. Many of them have also rightly pointed out that access to justice is still a challenge for a great number of Canadians. As courts take steps to resume regular operations, what does the future hold in terms of sustaining our justice system? Here are a few points to consider as governments, courts and other interested parties move forward to map out the future. ... [read more]

Minden Gross LLP announced that Jennifer Katz has joined the firm as an associate in the wills and estates group. ... [read more] 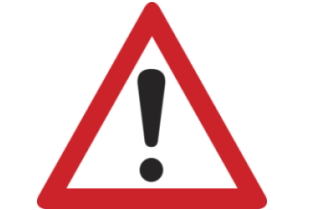 There are certain situations in which one already knows that a will is going to be challenged. It may be on the basis that there is some question about the testator’s capacity or their relationship with a new romantic partner who suddenly appeared or the bequests are unusual. Whatever the case might be, one might find yourself litigating in the face of a no-contest clause that appears within the will that is having its validity challenged. ... [read more]

It makes sense, if you think about it. An employer hires someone to do a certain job. The employer wants to make sure that the employee is, in fact, doing the very work that they were hired to do. The easiest way to monitor employees’ use of time and employer resources is to monitor them — either overtly or covertly. Many employers have implemented computer monitoring software that logs information such as the websites visited by employees and the length of time on the websites. ... [read more]

Who will live and who will die: Part two

In my first article in this two-part series on Bennett v. Gotlibowicz [2008] O.J. No. 1351, I discussed the issue of our (opposing counsel and myself) respective clients’ arguments as to the validity of two different powers of attorney for personal care of a person I will refer to as “Mr. G.” After a medical emergency, my client claimed her power of attorney was the valid one and that she wanted all steps necessary to be taken to save her father’s life. Mr. G’s wife claimed she had the valid power of attorney and wanted nature to take its course. ... [read more]

Who will live and who will die: Part one

Opposing counsel in Bennett v. Gotlibowicz, [2008] O.J. No. 1351, Ron Bohm, was extremely effective in his responding submissions. As I heard his arguments and saw the judge’s apparent receptiveness, I feared the case was lost. At issue was our respective clients’ arguments as to the validity of two different powers of attorney for personal care of a person I will refer to as “Mr. G.” ... [read more]

Let’s say a government were to go rogue and compel you to have a limb amputated. Quick! Which one would you choose? ... [read more]

Annual fees have been a sort of perennial issue in Law Society of Ontario (LSO) politics, causing groans but never erupting to the forefront. In the 2019 bencher election, many candidates made lowering annual fees part of their platform, but annual fees got lost in the shuffle as the statement of principles took centre stage. In 2019, Convocation lowered 2020 annual fees for lawyers by $135 to $2,066, a modest decrease of approximately six per cent from the previous year. ... [read more]

This Law Society of Ontario (LSO) bencher from Windsor would like to offer a view different from that espoused by Joe Groia in his column of Sept. 16 (LSO budget balance: Support for licensees and public). Unlike Joe, I firmly support bencher Geoff Pollock’s motion to reduce members’ fees by 25 per cent for the upcoming year (the “Fee Relief Motion”). That motion comes before Convocation on Sept. 24. Sadly, a motion to table (defer) bencher Pollock’s Fee Relief Motion might be made without allowing there to be any debate. But in any event, there will be some important points raised. So, please tune in to the LSO’s public access of the Sept. 24 Convocation. ... [read more]

Gap in the law: Exposure to your ex even when you have a will 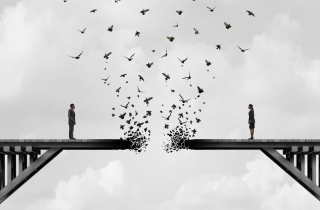 In part one of this series we discussed the significant and often unexpected problems that can arise when a separated spouse dies without a will. We noted how such discussions are important given the significant proportion of Ontarians who simply have not executed a will. ... [read more]