“It’s just one more case on the heap enforcing the connection between the rights of the Charter and the right to bargain freely,” he stressed in an interview with The Lawyer’s Daily.

Groves noted that while the court acknowledged “there are times when that right can be properly taken away,” such as in times of “financial crisis,” this legislation was passed before the COVID-19 pandemic began. 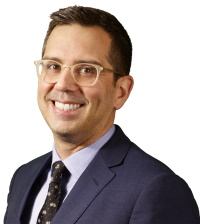 “The court pointed out that the government didn't really show that this legislation was needed to address any pressing economic issue,” he explained.

The Superior Court struck down Bill 124, the Protecting a Sustainable Public Sector for Future Generations Act, 2019, in Ontario English Catholic Teachers Assn. v. Ontario (President of The Treasury Board), 2022 ONSC 6658.

The bill, which was introduced by the Ontario government in June 2019, limited “wage increases for approximately 780,000 workers in the broader public sector to 1% per year for a three-year moderation period.”

“Between them the parties filed 96 volumes of application records, 11 volumes of cross-examination transcripts plus factums, briefs of authorities and compendiums,” Justice Markus Koehnen wrote, noting that “All 10 applications were heard consecutively” before him.

While the applicants argued that the Act limited the “freedom of association, freedom of speech and equality rights of their members under the Canadian Charter of Rights and Freedoms,” Ontario refuted this claim and submitted, in the alternative, that “if the Act does infringe on any Charter rights, it is saved by s. 1 of the Charter as a reasonable limit that is demonstrably justified in a free and democratic society.”

The judge stressed that the “Supreme Court of Canada has granted constitutional protection to collective bargaining and the right to strike as part of the freedom of association guaranteed under s. 2(d) of the Charter.”

“It is well-established that Charter rights are to be interpreted generously and purposively. The constitutional right to collective bargaining therefore goes beyond merely the right to associate in the sense of having a right to meet together. Rather, it guarantees the right to a meaningful collective bargaining process that allows workers to meet with employers on more equal terms, to put forward the proposals they wish and to have those proposals considered and discussed in good faith,” he added, noting that Supreme Court jurisprudence “also holds that governments infringe on this right when a government measure ‘substantially interferes’ with collective bargaining.”

The judge found that “these detrimental effects amount to substantial interference with collective bargaining both collectively and individually.”

He therefore ruled, in a decision released Nov. 29, that in “the context of this case, the Act is not a reasonable limit on a right that can be demonstrably justified in a free and democratic society under s. 1 of the Charter.”

Groves noted, as a takeaway for the government, that the courts take the Charter right to “freedom of association very seriously.”

“It's well recognized by the Supreme Court that those rights should be interpreted broadly and [the court] will prevent a government from substantially interfering with the freedom to let them [employees] bargain and strike,” he added.

Groves also noted that “one of the examples the court used in terms of the strictness and the effect of the legislation on unionized employees is that the one per cent cap would be equal to negotiating three bereavement days in a contract.”

The cap, he explained, “wasn’t just on wages. It was on non-monetary items” such as bereavement days, “that could affect the overall cost of a package.”

Groves noted that the government “had the opportunity in many cases to directly bargain with employees” and it “could have bargained hard for a one per cent wage increase in all of these areas.”

However, it “chose not to do that” and instead “chose to pass this legislation.”

“There's a lot of built-up precedent in jurisprudence that's expanded that right over the years, and it's very well entrenched,” he stressed.

Groves also pointed to the government’s Bill 28, Keeping Students in Class Act, 2022, which used the “notwithstanding clause to try and insulate the legislation from the Charter” and Charter challenges.

Taking in the “big picture,” he explained, the “government's position to use legislation to drive collective bargaining terms, including wages,” has “taken a hit two different ways in the last few months: one through this decision and then also through being forced by the public to back down on Bill 28.”

Groves said this decision shows that government lawyers are going to have to get “their ducks in a row” when this type of legislation is being written.

“They'll have to be collecting evidence to support that position and leading evidence at a hearing with respect to the various factors that the courts can consider when determining if there's been a Charter breach and whether the Charter breach is supportable under section one,” he explained.

He also noted that the court, in its analysis, referenced “detailed evidence” brought by the unions. In future litigation, “lawyers from both sides are going to have to come prepared with lots of evidence with respect to various legal tests.”

The Superior Court’s decision, Groves added, “pushes the law further down the path that it’s already on.”

When passing legislation, he noted, governments will have to make sure it meets s. 1 of the Charter because “if they don’t, they’re going to be in Federal Court” and the “courts are likely going to be following this line of reasoning.”

“Charter rights,” he emphasized, are “highly protected and difficult to displace.”

The Ministry of the Attorney General did not respond to request for comment before press time.

If you have any information, story ideas or news tips for The Lawyer’s Daily please contact Amanda Jerome at Amanda.Jerome@lexisnexis.ca or 416-524-2152.