The COVID-19 pandemic caused a medical crisis in the world, which in turn caused an economic crisis in our society, which is now, in its turn, causing a moral crisis within our society.

As the economic fallout from the pandemic continues and business are stuttering back to life, the reality of deferred payments and understanding, unpaid creditors is coming to an end. Those Canadians who weathered the reduction in household income due to the lockdown by deferring payments and using available consumer credit to cover their monthly budget shortfall are now facing the reality of a world without the Canadian Emergency Response Benefit (CERB), and creditors looking for repayment. These people, unable to pay their debts as they become due, are referred to as insolvent.

Faced with the soul-devouring knowledge of being unable to pay your debts, most people turn inward in shame, guilt and despair. As a people, we don’t have a language game around debt which allows us to unburden ourselves to our friends and colleagues by discussing debt. Indeed, conversations with our friends around their debt is always tense because we believe that it is inevitably going to lead to them asking for money, and so we are not really engaged in an authentic exchange of emotion and empathy, which is the hallmark of flourishing friendship. This lack of authentic connection and exchange is what makes the insolvent person ever more fragmented from themself and their community.

To put this 20 per cent number into perspective, consider that in 2019, according to the Office of the Superintendent of Bankruptcy, it was approximately five out of every 1,000 Canadians that filed for insolvency. This is only 0.5 per cent of the population. THIS IS HUGE.

Intuitively you might think that the consumer insolvencies would be at an all-time high right now due to the pandemic, but the reality is that consumer insolvency filings in August 2020 were 42 per cent lower than in August 2019. Why? To put it plainly, right now we are experiencing the calm before the storm — and  the storm will be biblical, and the flood will be catastrophic.

The poll also offered up some other sobering perspectives to consider as well. Over half of the people polled (54 per cent) indicated that “people who don’t pay their debts are irresponsible.” “Selfish,” is what 34 per cent of them concluded. Even more damning were the 26 per cent that called insolvent people “lazy.” Strangely though, nine out of 10 people conceded that they believed that the reason why people don’t pay their debts is because, “perhaps they can’t afford to.”

Insolvency is a financial and legal state. Insolvency is not a moral state. Yet here we are as Canadians casting moral aspersions on those who are insolvent and in need of exercise of the insolvency laws. It’s high time that we normalize the conversation of debt in the community and start the healing and rehabilitative process that the legislation is intended to invoke.

Shawn Stack is vice-president of insolvency practice at Bromwich+Smith. 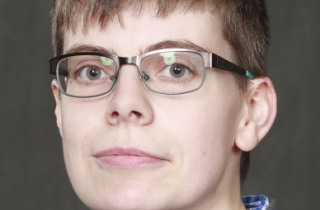