Grace Lore, the provincial parliamentary secretary for gender equity, is leading the consultation on behalf of Attorney General David Eby. She said circulating or threatening to distribute an intimate image without consent is a form of sexual violence with traumatic and lasting impacts.

“The non-consensual sharing of images can be a form of intimate partner violence or be used to extort victims for additional images, sex or money,” she said. “We believe a comprehensive B.C. approach can make a real difference for people to achieve results faster and get better access to justice.”

According to the province, legislation could provide a new option to ensure people have an efficient way to have posted images taken down and destroyed. It could also create a new process for people to claim compensation from wrongdoers. The potential legislation could also address the threat of distributing images and prevent such harms from occurring in the first place. The scope of the legislation could also apply to altered images, known as deepfakes.

The Criminal Code was changed in 2015 to make it an offence to knowingly publish or distribute an intimate image of a person if they did not consent. But bringing in civil protections are the responsibility of provinces and territories, and in December 2020 the Uniform Law Conference of Canada (ULCC) released a model Uniform Non-Consensual Disclosure of Intimate Images Act which provides a potential template for governments to follow and proposes two separate NCDII torts — a fast-track procedure which would create an avenue for obtaining declaratory and injunctive relief to get the images taken down, and a second, more traditional path which would lead to the victim receiving compensatory damages for the harm done to them.

Emily Laidlaw, Canada Research Chair in Cybersecurity Law at the University of Calgary and a member of the ULCC working group

Emily Laidlaw, Canada Research Chair in Cybersecurity Law at the University of Calgary and a member of the ULCC working group which drafted the model law, said the disclosure of intimate images online is very hard to resolve in a way that delivers what victims need.

“We need something on the books for circumstances where it is appropriate for a charge to be made, but equally we need something available for victims if they just want to pursue something through the court system to enable content takedown or where they want to pursue damages,” she said. “Research has shown the overwhelming desire to the victim is to get this stuff off the Internet as much as possible, and as quickly as possible — but often the victims of this don’t want to elevate it to the level of a criminal complaint.”

Meg Gaily of Lawson Lundell LLP said it takes a long time to prosecute someone for putting images online and going through the criminal system leads to revictimization as people are forced to relive a traumatic incident.

“People feel their careers and their lives have been destroyed as a result of images like these being posted online,” she said. “The idea behind this proposed legislation is that it gives the individual whose images out there — whether they are real or faked — recourse to getting to the courts quickly.”

Many platforms have policies under which intimate images will be taken down if the victim gets in contact with them, but that can be a long process to go through. And as Ryan Berger noted, some websites can arguably be seen as extortion rackets.

“They will eventually take images down but you’ve got to talk to their lawyer or engage a particular lawyer and pay a flat fee for that to be able to engage in the process,” said Berger, who also practises at Lawson Lundell. “And sometimes these individuals don’t even realize that the posting is there until the damage has been done.”

Laidlaw said she is curious about what direction B.C. will go in.

“If a province wants to expend resources to be more creative in addressing some of the access to justice issues I think that would be a great way to complement what we have proposed in our model, whether it be support through social workers or a different way of resolving disputes,” she said.

According to Cybertip.ca, a national tipline for reporting the online sexual exploitation of children, incidents of non-consensual disclosure of intimate images increased 58 per cent by the start of 2021, compared to the nine-month period prior to April 1, 2020. This included a 94 per cent increase in youth reporting and a 44 per cent increase in adults reporting.

Members of the public can submit their views by e-mailing submissions to imageprivacy@gov.bc.ca. 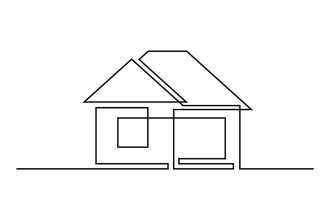 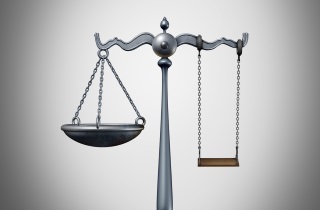