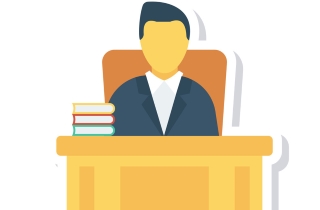 On Feb. 1, Ontario’s Superior Court of Justice began a two-year pilot project to test-drive one important feature of arbitration — one judge handling all procedural steps in a case: all pretrial hearings, case management conferences and the trial.

The court is calling it the “One Judge Model.”

As users of arbitration have known for many years, this model has important advantages. Most significantly, as the court correctly expects, the “benefits of one-judge case management are the faster and less costly resolution of civil disputes.”


It should be noted that whether a case will be included is discretionary and subject to the parties applying.

Unfortunately, there is no assurance that even if parties can agree to request jointly one-judge case management, they will be able to have it. The Practice Advisory provides: “The extent to which the pilot is available in the region, including the number of actions admitted into the pilot, will depend on available judicial resources and local scheduling practices.”

When determining whether to include a case in the pilot, the regional senior judge, or his or her designate, will take into consideration a variety of factors, including:


The Practice Advisory does not indicate which of these factors will weigh in favour of inclusion in the pilot, or in what degree.

Users of arbitration should applaud the court for adopting, albeit on a pilot basis and with discretionary conditions, this model for “the faster and less costly resolution of civil disputes.” And as an independent arbitrator, I join them in applauding the court for test-driving this model.

The Practice Advisory states that the impetus for the pilot was a report of the Judiciary Committee of the American College of Trial Lawyers (ACTL) titled Working Smarter But Not Harder in Canada: The Development of a Unified Approach to Case Management in Civil Litigation, which discussed the benefits of having the case management judge also preside at the trial of a matter.

The ACTL likewise is to be applauded for assisting the court to try to come to grips with delay and cost in the civil justice system in Ontario.

Interestingly, long before this initiative, Dennis O’Connor, as Ontario associate chief justice (and now a leading arbitrator with Arbitration Place), called for our courts to see what they can learn from arbitration in an article in the September 2006 issue of The Advocates’ Society Journal called “Messages from the market: What the public civil justice system can learn from the private system”, as follows:

“I see the emergence of a strong and mature private system as a healthy development which provides an opportunity for those of us in the public system to learn from its success. By applying what we learn from the private system, we can help to ensure the continued vitality of our public system and enhance our commitment to access to civil justice for all.”

This is the first of a two-part series. Read part two here.