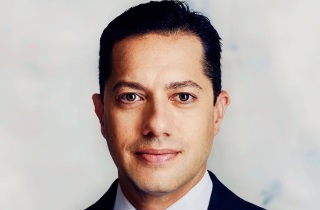 A change in the law that would automatically seal an offender’s criminal record following a period of law-abiding behaviour would open the door for vulnerable people lacking the money to apply for a record suspension, says a lawyer.

Daniel Brown, a vice president with the Criminal Lawyers’ Association (CLA), is just one of many voices urging Canada’s government to implement a “spent regime” as a replacement to the current application system used for a criminal record suspension — also known as a pardon.

On November 17, the Fresh Start Coalition, a band of 60 “society groups,” including Brown’s CLA, the Centre for Addiction and Mental Health and the John Howard Society of Canada, called on Ottawa to change how the country deals with “old” criminal records.

A criminal record can cause barriers for people when it comes to employment, housing and travel.

First Start wants the government “to implement a ‘spent regime’, which would automatically seal a person’s criminal record if they have successfully completed their sentence and lived in the community without further criminal convictions.”

People convicted of crimes can currently apply for a record suspension after completing their sentence and going a certain period without any other convictions. This way, their past criminal record is hidden when applying for many forms of employment, save for work in sectors dealing with vulnerable people.

But Brown told The Lawyer’s Daily that the current system is not working.

“What we think is the current record suspension system is broken right now, and it’s not achieving its mandate of allowing people to rehabilitate and move on from their criminal past, and we think this is an important step forward in a way to fix the system,” said Brown, of Toronto’s Daniel Brown Law.

He noted that the current system is left over from the reign of Stephen Harper’s Conservatives, which made it more expensive to apply for a record suspension and lengthened the period of time people must wait before being able to apply.

Brown said it currently costs more than $650 to apply for a record suspension — more than four times what it cost before Harper took power.

The Harper regime also lengthened the amount of time people must wait to apply for a pardon.

For summary conviction offences, people currently must wait five years after serving their sentence before being able to apply. For indictable offences, which are more serious crimes, they must wait 10. In both cases, the person must not acquire any convictions during those times.

Brown acknowledged that the current Liberal government was on course to change this.

It was in June the government tabled Bill C-31, legislation that would reverse Harper’s pardon rules. However, the bill died when Prime Minister Justin Trudeau called an election.

Brown said the changes the coalition want include shrinking the wait periods to pre-Harper spans of three years for summary offences and five for indictable offences. It is also calling on pardons to be automatic following these periods, thus doing away with the need to apply and any application fee.

Many of those eligible for a pardon simply cannot afford the current cost of applying, said Brown.

“Black offenders, especially, are ones that have been saddled with these criminal records more … than any other group, and that’s because there is a lot of systemic racism and bias in the justice system. … It’s a problem that requires a meaningful solution. So, we’re hoping that the federal government will not just introduce new legislation to make it more affordable to get pardons [and] to reduce the wait times for pardons, but also to make them automatic for people who are otherwise eligible for them.”

Brown said that after the Conservatives lengthened the wait times and raised the cost of a pardon, fewer people were able to seek one.

“What they saw, statistically, [was] that the numbers for pardons dropped by about two-thirds after they raised the price,” he said. “It meant that, statistically, we could see that people simply couldn’t afford to apply for them anymore. … Now, the government would say, well, this’s just reflecting … what it costs to process a pardon application. But the government does lots of things where they don’t recover their costs on it. The government provides services and we aren’t expected to necessarily fund the entire cost of these programs. That’s what the government is there for, to help subsidize these things that are otherwise important. And the impact is significant. Because who is it that can’t make that $650 payment? It’s the person who needs that $650 to pay for food, or to pay for rent or just the basic costs of living.”

To that, Ottawa’s resurrection of new legislation is looming on the horizon.

“We are committed to reintroducing legislation that will reduce barriers in accessing a pardon for those who are living law-abiding lives and to allow them to safely reintegrate into their communities,” said James Cudmore, director of communications for the Minister of Public Safety. “By promoting safe and successful reintegration, we can also work towards improving public safety through reduced reoffending and victimization. Our proposed legislation will seek to reverse the Harper Conservatives’ failed tough-on-crime approaches.”

However, while Cudmore talked of reducing the application fee and shortening the wait periods, there was no solid commitment to make pardons automatic and do away with the cost.

Still, he did say the government would “explore the automated elimination of some criminal records for less serious offences for those who are living crime free,” as has been done in Australia and the U.K.

Cudmore called a criminal record “an added social stigma for those who have already served their sentence and living law-abiding lives.”

“Canadians with criminal records face obstacles that can impede their ability to fully reintegrate and contribute to their community. The presence of a criminal record has led to Indigenous, Black and other racialized community members being disproportionately overrepresented in our criminal justice system.”

He did note that, like the previous bill, it will be made so those who have committed sex offences against children or have been convicted of terrorist offences “will not benefit from easier access to pardons.”