Within the Ontario justice system, no phrase is used more nor carries less meaning than “access to justice.” It is frequently paid lip service by the ever effectual Ministry of the Attorney General (MAG) and was previously written into the Law Society Act by the government of the day. The law society has since recited it almost ritualistically as a form of secular prayer. Even the province’s law schools, tasked with preparing the next generation for unemployment, have gotten in on the action, making it the subject of lengthy papers and formal symposia.

Meanwhile, more and more people are forced to face their legal problems without representation. In part, this is the result of the decreased feasibility of contingency based representation.

While in many respects not ideal, contingency representation affords people legal representation in cases where they could not otherwise afford it. Similarly, such representation affords lawyers an opportunity to earn a fee by in effect deferring compensation. Under such an arrangement, lawyers finance the time and expense necessary to prosecute cases, with reimbursement dependent upon successful prosecution (and collection).

Such representation is feasible where the time and expense required to earn a given fee is proportionate to the amount of the fee that will ultimately be earned, assuming successful resolution. As the amount of time or expense required increases, or the odds of successful resolution decrease, the viability of contingency representation in a given matter declines.

Looking first at courthouse dysfunction, it has been reported that the average civil claim now takes seven years to reach trial. That factor alone means that lawyers are increasingly unable to take on cases of modest value, as realistically, who can afford to work without compensation for such a lengthy period, often while financing significant case related expenses?

This is aggravated by “normal” courthouse headaches, such as the needless and arbitrary rejection of documents or the amount of time and effort required for routine motions. Combined with the increasingly aggressive tactics of insurers (refusing to settle, forcing parties to trial or to prepare for same), it is clear that many cases that would have previously been viable on contingency no longer are.

Nowhere has this been better exemplified than in cases of chronic pain resulting from motor vehicle accidents, where injured parties increasingly struggle to find representation.

Civil cases are also increasingly expensive to prosecute, sometimes prohibitively so. Filing fees were recently increased while costs for service, examinations and transcripts remain significant. However, those expenses are often dwarfed by the cost of retaining experts and preparing Rule 53 compliant reports, which commonly run between $5,000 and $15,000, excluding any fees related to attendance at trial.

Given our courts’ fetish for expert evidence, any time such an “expert” may have special knowledge of a subject area multiple experts are frequently required. In most cases, such costs must be borne by counsel. While some litigation financing is available, it too adds additional cost, often across all files within a firm. At the end of the day, the question essentially comes down to how much expense counsel is willing to incur for an opportunity to earn a $10,000 fee (several years down the road).

Finally, a number of factors are at play that can affect successful resolution, and to a large extent, are outside of counsel’s control. For instance, given long trial delays, how should counsel factor in natural mortality? Does it still make sense to take on the case of an 80-year-old, if liability and/or damages are dependent upon the survival and memory of that party? What if, instead, the party was 75 years old or 70 years old?

Likewise, how should counsel reconcile the potential conflict between a reasonable Rule 49 offer down the road, after significant time and expense have been invested, and a potentially obstinate client who decides it’s all or nothing? Add to that the compliance requirements of an indeterminate Solicitor’s Act, the potential for assessment and the courts’ general refusal to award the contingency fee percentage as costs and increasingly it is better to have no clients at all than contingency fee clients.

With the incentives so aligned, I suspect our Byzantine courts will be seeing more self-represented parties in the years to come. MAG help us all.

Michael Lesage is a trial lawyer and the founder of Michael’s Law Firm, a litigation boutique that specializes in complex cases involving professional negligence, business litigation, insurance coverage disputes and cases of serious injury. When not representing clients, he can often be found playing competitive sports. You can e-mail him at michael@michaelsfirm.ca. 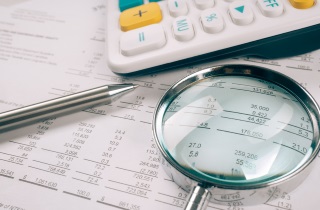