It’s election time again. After an election there are usually a couple of ridings where the race has been close and there is a recount. This I understand. But occasionally the counting process falls into the lap of a Superior Court justice. This I do not understand.

I can’t figure out why you would need a judge to count some ballots. Counting certainly is not so vital that they teach it to us in law school. I never heard a colleague say something like, “After this contracts class I have to run off to my “Tally up 101.”

I also doubt judges have special skills or qualifications making them naturals to count? Do some of them have extra digits?

And how do they pick the best judge for the job? I am not at all even familiar with judges who have a reputation for playing around with beans. We have all heard of hanging judges. But to my knowledge no lawyer ever commented, “They call that judge ‘Old King Sixpence, the counting judge.’ ”

Be that as it may why don’t we go the distance and establish a more equitable court sanctioned recount, namely a recount by the candidate’s peers. In other words, why don’t we have recounts by a judge and jury?

We can then get us lawyers involved thereby creating more work. It would help pay some of those errors and omissions insurance bills.

A recount by judge and jury could in fact be very exciting.

We could firstly have a jury selection. The lawyers would argue before the judge as they challenge prospective jurors. For example the court registrar would pull a name of a prospective juror out of the drum and announce: “Leslie Wiggly, occupation baker.”

Both parties might go for this one. Or one might challenge Wiggly’s ability to count suggesting that perhaps to this gentleman a dozen is 13.

Then there would of course be the vigourous opening statements to the jury by the lawyers, extolling the virtues of their respective clients’ positions:

“Members of the jury. The seat was won fair and square by my client Fergus Q. MacDonald. The first number was 12,501 votes for my client to 12,423 for his opponent Mary Sue Balloo. A subsequent recount closed the gap by 25 votes. But one more recount gave Balloo 20 votes more than my client. You will see that this was totally as a result of the chicanery and deviousness on the part of that dragon. Thank you."

The lawyer for Balloo would then respond:

“Members of the jury. My learned opponent has failed to tell you that there was hanky panky going on in the MacDonald camp. The evidence will show that scrutineers for MacDonald used sleight of hand to destroy a number of ballots which favoured Miss Balloo. One scrutineer was even caught with his hand in a ballot box and when asked what he was doing, he quickly stuffed a few of the ballots into his mouth and swallowed them. I will ask you to draw the inference that this rendered the circumstances most suspicious. Thank you.”

As a commotion stirs up in the body of the courtroom the judge comments. “Silence, or I’ll clear the courtroom. All seven of you. Or do I see six?”

The judge would soon be in a position to charge the jury after telling them what an “X” looks like:

“Members of the jury. Yours will be the enormous task of counting these ballots. You will retire to the jury room where you will each be handed a super technological device, namely an abacus. You will be sequestered in total isolation until you reach a unanimous decision as to the final vote totals.

Now how do you count? You put all votes for MacDonald into one pile and all votes for Balloo into another pile. And then you start counting from one upwards. Like me, you may also use your fingers. And your toes. Do not count write-in votes. I understand there were a number in favour of Homer Simpson.”

The jury would then retire and try to reach its verdict, to the anticipation of the candidates and their voters. Suddenly the courtroom reconvenes, and the judge says, “Foreman, have you reached a verdict?”

“We have not Your Honour. We were all just getting a bit hungry counting and we'd like to know if someone can send in some pizza. Is a large big enough? How many slices does it have?”

OK, so this process might experience glitches, but it would also make for some exciting courtroom drama in town.

Then again with COVID-19 still with us, I don’t know if this system would be ready for imminent implementation.

Former associate back with Lenczner Slaght as counsel 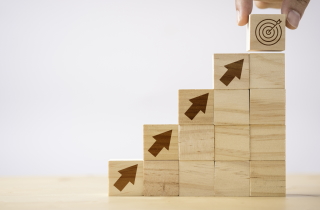 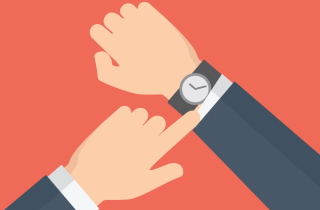