Canada’s top court has clarified how an “accounting of profits” should be calculated for patent infringement, in a case involving a dispute over a patent for a type of plastic used in products such as garbage bags and food wrappings.

The Dow Chemical Company had successfully sued its competitor Nova Chemicals after the latter company made and sold products covered by Dow’s patent for metallocene linear low‑density polyethylenes, which are thin but strong plastics used in such products as garbage bags and food wrappings. As a remedy, Dow asked the Federal Court to calculate its award based on an “accounting of profits,” which are the profits Nova made by violating the patent.

The lower court judge awarded Dow a sum equal to Nova’s actual revenue from selling the products, minus the costs associated with producing them. As a result, Nova was only allowed to subtract the actual cost of producing ethylene, which was the main ingredient in the plastics, rather than its market cost, which was higher. And for the first time in Canadian law, the court also gave Dow “springboard profits,” which arise post‑patent expiry but are causally attributable to infringement of the invention during the period of patent protection (Dow Chemical Co. v. Nova Chemicals Corp., 2017 FC 350). 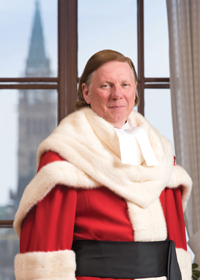 Justice Malcolm Rowe, who authored the majority decision, wrote that when a patentee chooses an accounting of profits as a remedy for patent infringement, the infringer must disgorge all the profits they gained which are causally attributable to the invention. This may involve consideration of the hypothetical profits that an infringer could have earned by selling a non-infringing option, he wrote.

“While in certain circumstances the hypothetical profits that an infringer could have earned by selling a non-infringing option are relevant to a calculation of an accounting of profits, this is not such a case,” he wrote. “A ‘non-infringing option’ is any product that helps courts isolate the profits causally attributable to the invention from the profits which arose at the same time the infringing product was used or sold, but which are not causally attributable to the invention.”

Justice Rowe then outlined a three-step test for determining an accounting of profits. At step one, the court should calculate the actual profits earned by selling the infringing product — in other words revenue minus costs, whether full or differential. During step two, the court should determine whether there is a non‑infringing option that can help isolate the profits causally attributable to the invention from the portion of the infringer’s profits not causally attributable to the invention, which are differential profits.

“The infringer has the onus of establishing that there is a relevant non-infringing option,” he wrote. “On the basis of the record before the reference judge, there were no relevant non-infringing options to consider. He therefore fairly determined that all of Nova’s profits were causally attributable to Dow’s invention. I see no reason to disturb this factual finding.”

“The reference judge found that customers only purchased Nova’s infringing plastics because they contained the features captured by Dow’s patent, i.e., Nova sold the unique, patented thin and durable plastics covered by Dow’s patent,” he wrote. “Dow’s invention had created a distinct market and Nova could only service that market because it sold infringing plastics. The two companies were the only companies serving the distinct market created by the patented plastics.”

Nova said it could have used its own ethylene to produce a completely different kind of plastic: high˗density polyethylenes, which are used to make pails and crates. The company argued it should be able to keep what it would have made selling those products, but this position was rejected as well.

Justice Rowe wrote that springboard profits are an extension of the fundamental principle that, in calculating an accounting of profits, the infringer must disgorge profits attributable to the infringement.

“It is irrelevant when the profits arise, provided they are causally connected to infringement,” he wrote. “Like non-infringing options, whether profits that arise post-patent-expiry are causally attributable to infringement of the invention, during the period of patent protection, is a question of fact.” 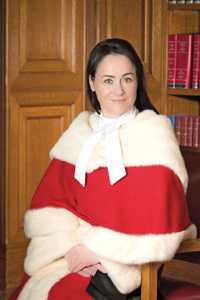 Justice Suzanne Côté was the lone dissenter in the case, writing that Nova’s appeal should be allowed. She wrote that the focus of an accounting of profits in the patent context must be on the infringer’s profits that are causally attributable to its infringement, which would be determined using “but for” causation.

Justice Côté wrote the “but for” approach is consistent with the gain‑based nature of the remedy and ensures that the analysis remains focused on the infringer and the profits it earned as a result of its infringement, whether during the life of the patent or after its expiry.

Dow spokesperson J.D. Sterba said in an e-mail the company was very pleased with the decision “which brings this long-running litigation to a close, with Dow prevailing on both infringement and damages.”

“Accordingly, Dow will be able to retain all of the $501 million USD award for patent infringement that Nova was ordered to pay Dow in 2017 as a condition for its appeal,” Sterba said. “Dow remains committed to pursuing all legal remedies to protect our intellectual property.”

In a statement to The Lawyer’s Daily, Nova said it was disappointed with the outcome of the appeal, but the case is now closed, and the company is focused on moving forward.