After an intense and lengthy debate, the Law Society of Ontario (LSO) has approved the Family Legal Services Provider (FLSP) licence, which will allow “specially trained paralegals to provide a limited scope of service in family law matters.”

The motion on the licence was presented to Convocation on Dec. 1 by paralegal bencher Cathy Corsetti. She said, “specifically, the FLSP would provide legal services related to process navigation, joint and uncontested divorces, motions to change for child support based on straightforward income and excluding special and extraordinary expenses, change of name applications and family responsibility office enforcement proceedings, again excluding enforcement related to motions to change involving special and extraordinary expenses.”

“The goal of this licence is to enhance access to legal services for the many family law litigants who do not have legal representation when they need it,” she added. 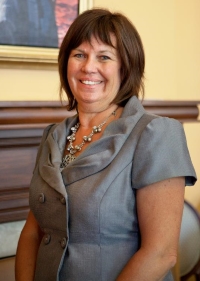 Corsetti noted it has been a “long road to get to this point,” staring with the Family Legal Services Review written by former justice Annemarie Bonkalo in 2016.

Corsetti then outlined the developments that had occurred since June 2020, as “they are particularly relevant” to the motion.

“At that time,” she said, the Access to Justice Committee “released a public consultation paper on the proposed model for the FLSP licence with a broad scope. The scope included divorces, custody and access, child and spousal support, separation agreements, and property division, all with some qualifications.”

According to Corsetti, the “proposed training program would last six to eight months.”

In those submissions, she noted, “there was almost a universal recognition of access to justice crisis in family law.”

“Many agreed that specialized trained paralegals have a role to play in addressing that crisis. However, many submissions from lawyers and lawyer organizations expressed concern about the breadth of the scope, and some paralegals expressed concerns about the length of the training program. Notably, the law society received written responses from the courts, which rejected the proposed scope in the consultation paper,” she added.

Corsetti explained that Chief Justice Lise Maisonneuve of the Ontario Court of Justice “took the position that paralegals should not provide legal representation or advice to family law litigants without the supervision of a lawyer.”

“He suggested a more cautious approach to expansion, but indicated he would support a limited and clearly defined role for the FLSP,” she added.

The pushback from the judiciary led to further consultation and a narrowed model of the FLSP.

Corsetti noted that the FLSP as presented in the motion would not “result in great improvements in access to justice,” but she encouraged Convocation to approve it as “a start.”

“It's a path forward that will open the door to family law,” she stressed.

Before Convocation could debate the matter, benchers Robert Burd and Julian Falconer asked that a motion they had filed be heard first as it dealt with the FLSP motion. The motion consisted of two parts and asked that the FLSP issue be dealt with in-camera and that the “Paralegal licence (P1) be amended as an administrative measure (along with appropriate Program modifications) to include the scope outlined in the treasurer’s report.”

Bencher Burd asked to appeal the second out of order ruling. However, the treasurer’s ruling was upheld by a Convocation vote, 28-17 with one abstention.

Many benchers remarked on how the licence was too limited and wouldn’t be taken up by paralegals or supported by the bar. However, paralegal bencher Michelle Lomazzo stressed this is an “access to justice issue.”

Bencher Cheryl Siran, who practises family law, said she’s “watched the erosion” of private practice in her region and “it’s only getting worse.”

“It falls to us today, in my view, to take a step, even if it’s a small step to alleviate this problem,” she added.

Bencher Cheryl Lean, who also practises in family law at the Unified Family Court, says the situation is “a disaster right now.”

“It’s virtually collapsed,” she added, noting it can be six to eight months before her clients see a judge in a case conference.

Lean said the FLSP licence is “so limited” and considered it risky for paralegals. She suggested that the Family Law Rules need be reformed and the current FLSP licence, as proposed, can’t succeed.

Emeritus treasurer Laurie Pawlitza said she’s practised exclusively in family law for over 30 years and noted the issue of paralegals working in family law actually started in 1998 when it was examined by former Supreme Court of Canada Justice Peter Cory.

Pawlitza asked whether Convocation was “actually going to govern in the public interest, which we have not done and not moved forward with since Peter Cory began in 1998.”

“This proposal is something that can make a difference,” she added, encouraging support of the motion.

She urged benchers not to “fiddle while Rome burns.”

If you have any information, story ideas or news tips for The Lawyer’s Daily please contact Amanda Jerome at Amanda.Jerome@lexisnexis.ca or 416-524-2152.