When the COVID-19 pandemic hit in March legal proceedings across the country largely ground to a halt, leading courts to consider alternative technology so that matters would still be able to be heard. And in one such matter at the Federal Court testimony was moved online for the first time ever, with counsel in the case and the judge presiding over it both agreeing that the process worked well and shows potential for the future.

The case in question involves a patent infringement action brought by U.S.-based Rovi Guides against Quebec cable giant Vidéotron involving interactive program guide technology. The trial began in March with some of Rovi’s witnesses testifying, but it was brought to a halt due to COVID-19. The parties were then asked about the possibility of resuming the trial either in person or remotely by videoconference. Vidéotron objected, raising concerns about the security of such a move as well as procedural fairness questions because Rovi’s fact witnesses had appeared in person.

But Federal Court Justice Roger Lafrenière disagreed, quoting the words of Justice Nye Perram of the Federal Court of Australia (Capic v. Ford Motor Company of Australia Limited (Adjournment) [2020] FCA 486), who wrote “we have entered a period in which much that is around us is and is going to continue to be unsatisfactory. I think we must try our best to make this trial work. If it becomes unworkable then it can be adjourned, but we must at least try.”

“Until a vaccine to prevent COVID-19 is widely available in Canada, or until public health officials lift stay-at-home orders and relax restrictions so as to allow people to travel safely, assemble and return to work, hearings of the Federal Court will have to be conducted remotely using the appropriate, available technology,” Justice Lafrenière wrote in Rovi Guides, Inc. v. Videotron Ltd. 2020 FC 596.

This led to the first trial conducted electronically with witnesses and cross-examinations in the Federal Court. Justice Lafrenière issued a direction which laid out some of the parameters for the virtual aspect of the trial, which was held on the videoconferencing platform Zoom and involved approximately 17 days of evidence and testimony, beginning on May 25 and ending the week of June 15.

Prior to the trial, work was done to ensure witnesses had good Internet connections and webcams, with documents uploaded into the court’s eTrial Tool Kit and a procedure developed so documents could be given to witnesses as they testified. Some counsel in the case attended the same location in order to be together (while still observing social distancing protocols) while they conducted their examination of the witnesses. Zoom’s ability to offer a channel for translation was also utilized, and people were allowed to observe the trial, but not participate in it.

And the use of Zoom was met with praise by both judge and lawyer alike. In an interview with The Lawyer’s Daily, Justice Lafrenière said there were some hiccups during the process but overall it worked well. He said he didn’t know if a virtual trial would work in all cases but agreed in the Vidéotron proceeding it worked well and the use of digital platforms was “the way of the future,” although he emphasized that he was speaking for himself as a member of the court and not the court as a whole.

“I think people are going to start realizing this is advantageous and less expensive for their clients. So, our court is open to this, but as to the issue whether we will impose it over the objections of a party, we will wait to get there ” he said. “[But] from my perspective if someone asks for a virtual trial in the future, I would entertain it as I entertained it in this case to see if there is any reason why it should not be held remotely, at least in part.”

Justice Lafrenière, who is also a member of the court’s technology committee, said he gave “great credit” to counsel in the case to come up with a protocol to how the trial would be conducted.

“Some of the information relates to the ability to ensure there is no mischief. The witnesses will need to confirm that they are in a room by themselves, and the video should allow us to see not just their face but also their body to make sure they are not receiving texts or being influenced by outside influences,” he said. “Counsel did a really good job in doing this and I issued it publicly [Rovi Guides, Inc. v. Videotron Ltd. 2020 FC 637] because I thought it would be of great assistance so people wouldn’t have to do this work all over again in subsequent cases.”

Alan Macek of DLA Piper, who represented Vidéotron, said he was surprised of how smoothly the technology did work for the trial. He said when the pandemic began there was a fair bit of press about security on Zoom, but noted the company brought in some changes before the trial which addressed some of those concerns.

“We had eight expert witnesses and six fact witnesses all appearing on the Zoom platform and being cross-examined over about a two-and-a-half-week period,” he said. “There were a few moments where the audio and video would glitch a bit, but nothing that held up the proceeding in any major way.”

Sana Halwani of Lenczner Slaght, who represented Rovi Guides, said she was pleased how the proceeding “ended up feeling like a normal trial right away.”

“There was a lot of work and preparation on the part of everybody involved — counsel worked to generate a protocol to work out some of the things we identified, and the court weighed in on that,” she said. “It wasn’t quite as big a leap in terms of managing documents because we weren’t planning on using paper in any case and [Justice Lafrenière] is quite tech-savvy, so that certainly helped. I think if you were starting from 15 banker’s boxes full of documents and then going to a digital platform that would be an extra layer of difficulty there.”

Halwani’s co-counsel Paul-Erik Veel agreed it felt like a regular trial, but said part of the reason it worked was due to the features of the case.

“Number one is every witness in this case was either an expert witness or a corporate witness of one of the parties, which means they were all witnesses that people were in contact with so we could work with them to ensure they wouldn’t be stuttering in and out because of lack of connectivity,” he said. “You can do that when all of your witnesses are friendly, but when you have people who don’t have access to the same technology or are hostile witnesses, it makes it a whole different ballgame. So, I don’t know that a virtual trial will work in all cases.”

Macek said he agreed not every proceeding would necessarily lend itself to proceeding via a platform like Zoom, but he added there is “definitely going to be more opportunity and the courts will be more open to hearings on these platforms.”

“We had one witness who testified for about an hour in our trial and lived in the United States, and you can see in a situation like that maybe it makes sense in a more traditional hearing to appear in that capacity rather than travelling and getting a hotel for such a short experience,” he said. “And I think that people, because they are getting more comfortable with these platforms, will be more open to this.”

Justice Lafrenière said he disagreed with concerns raised in the Capic ruling that conducting a trial in a virtual environment would prolong the hearing and thereby increase its expense.

“In fact, my experience is that this type of proceeding actually went quicker and more efficiently, as people were focused on their case,” he said. “Witnesses don’t have to be flown in and put up in a hotel room and the documents are all electronic. It was not my experience that this was longer or more expensive.”

Courts in Canada are very attuned to the fact that they have an open courts principle to uphold and whether a trial is in person or on a platform like Zoom the public has to be able to watch unless there is an in-camera portion, said Halwani.

“We definitely had multiple people attending almost every day of trial who were not affiliated with the parties and it worked extremely well, as people could do it from the comfort of their homes,” she said. “In my view, you are increasing access to the court system by enabling people to watch a hearing in this fashion instead of having to travel to the courthouse.”

And Veel said once the kinks get sorted out there is a greater degree of efficiency in virtual hearings.

“You can actually move through things more quickly, which has the benefit of making things faster for lawyers and ultimately keeping costs down for clients if things can unfold more efficiently,” he said. “The access to justice crisis is a significant problem that is going to require a lot of different tools and techniques to solve, but I think one very important part of that is an increased number of virtual or remote hearings.”

Closing arguments in the Vidéotron proceeding have not been set. A separate patent case has been launched by Rovi Guides and TiVo Solutions Inc. against Bell Canada and Telus Corporation, which is being heard as part of a single trial alongside Vidéotron. That proceeding is set to begin July 13, with closing arguments in both cases to follow. 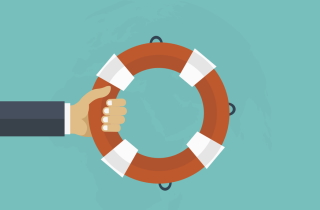 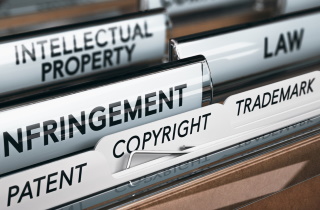