Quebec municipalities will likely have to review their firearms and hunting bylaws after a farmer who received a fine for shooting a deer on his property waged a successful legal battle that prompted Quebec Superior Court to strike down a municipal bylaw that prohibits hunting as it ran afoul of provincial and federal legislation.

The decision, one of a handful that examines the extent to which municipalities can regulate the use and possession of weapons on their territories while respecting provincial hunting standards, underlines that Quebec municipalities have the power to pass bylaws over the use of weapons and can add safety rules set out in provincial standards, added the legal pundits. But these measures, while a “complex exercise,” must clearly set out their objectives, the means of enforcement and must be exercised in a reasonable manner without exceeding the legislative framework, added the lawyers.

“It’s a judgment that will be very useful to students of municipal law, because it’s a decision that analyzes federal and provincial laws that are affected by a municipal bylaw,” remarked Montreal municipal lawyer Mario Paul-Hus, the principal partner of Municonseil avocats. “It is rare to see this in a judgment.” 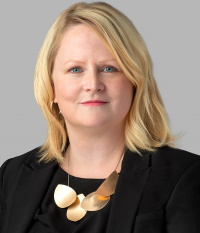 Isabelle Landry, a municipal and real estate lawyer with BCF Business Law who successfully pleaded the case, asserts that the ruling established the limits within which a municipality can regulate the use of firearms. “Municipalities have jurisdiction over security, order and good government, and that’s what the municipality in this case relied on but it cannot be in conflict with federal legislation or provincial hunting regulations, and it must not be unreasonable,” noted Landry. “That’s what this ruling is about.”

In 2010, the municipality of Mascouche, an off-island Montreal suburb, enacted Bylaw 1153 on the use of weapons, which regulates the possession of weapons and delimits the areas where hunting is permitted. Three years later, Jean-Guy Ouellette, a landowner and farmer, went to join his son to help him eviscerate a freshly killed deer on his land. Police officers arrived on the scene and issued them a citation for breaching Bylaw 1153. Father and son pleaded not guilty, arguing that the municipality exceeded its powers and that some of the sections are unreasonable and in conflict with several provincial and federal standards. Ouellette, who owns and leases land in the Mascouche area for grain production, points out his lands are a “welcoming environment” for geese, white-tailed deer, muskrats, marmots, beavers, raccoons, wild turkeys and other game, all of which causes significant damage to land and crops. Ouellet, who has a federal migratory bird nuisance or hazard permit to scare geese with firearms or aircraft, said that without a firearm, they are “powerless” to deal with the “nuisance” wildlife, and that he has a right to hunt on his own land.

The municipality claimed it has the right to “totally” prohibit the use of weapons and hunting on their territory, and it is a right that respects the powers conferred to it by the Quebec Municipal Powers Act (Act). Mascouche, besides asserting that hunting poses a risk to public security, claimed that security is an area that has concurrent jurisdiction with the province and that its bylaw coexists without conflict with federal and provincial legislation.

The Attorney General of Quebec, acting as intervener, took a different stance, at odds with assertions made by the municipality. Quebec contends that provisions of the bylaw are ultra vires because the legislator does not delegate municipalities the power to regulate hunting, something only the province can legislate. It also argued that Bylaw 1153 cannot “co-exist” with provincial legislation regarding wildlife conservation, hunting and the transportation of firearms as the bylaw runs into conflict with provincial legislation. Quebec also maintained that the bylaw does not meet the standard of reasonableness as the bylaw is unreasonably restrictive.

Superior Court Justice Michel Bienvenu, in a comprehensive 72-page decision, struck down three provisions of Bylaw 1153, holding that while the municipal bylaw “leads one to believe” that it is a measure aimed at the possession and use of weapons and the delimitation of hunting zones, in practice the application of the bylaw “totally” prohibits the use of weapons and hunting, contrary to the objectives announced by the municipality. Justice Bienvenu added that the approach taken by Mascouche is not based on evidence over dangers certified hunters might pose on its territory.

“A municipal by-law may affect hunting activity but it cannot be abusive or constitute a disguised purpose or prohibit it altogether unless there is compelling justification,” said Justice Bienvenu in Ouellette c. Ville de Mascouche, 2022 QCCS 4190, issued on Nov. 11. “It is a matter of degree and a reasonable exercise of the City’s powers.” In this case, added Justice Bienvenu, Mascouche “unreasonably” exercised its powers bestowed to it by the Act as it does not have the power to pass a “purely prohibitive” bylaw. Municipalities, reminded Justice Bienvenu, are public law corporations that have no powers under the Constitution and can only exercise powers that are expressly conferred by law or that flow directly from delegated powers. In Quebec it is the Municipal Powers Act that confers powers to municipalities to regulate safety and nuisances as well as to “maintain peace, order, good government and the general welfare of its people,” noted Justice Bienvenu. But the Act does not explicitly provide for the delegation of powers in relation to hunting, wildlife control or firearms control, he added. 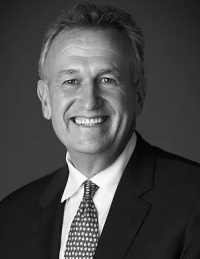 “The decision is a very good example of an analysis of the constitutional division of powers in Canada, in the sense that municipal legislation is delegated legislation, meaning that the provincial government passes laws to confer powers on municipalities,” explained Paul-Hus. “But in doing so, it does not mean that the powers can be exercised in a way that is contradictory to provincial or federal legislation.”

Following the ruling, municipalities should analyze their municipal bylaws to determine if their application would result in a “substantial reduction” of hunting on their territories, said Paul-Hus. Municipalities that enact bylaws that prohibit one to carry weapons or shooting in an urban centre would likely stand up to legal challenges, believes Paul-Hus. But it’s not a “catastrophic” decision for Quebec municipalities as it does not strip their powers to enact bylaws that fall within their jurisdiction, he added. “The municipality of Mascouche failed to understand that traditionally the jurisdiction of municipalities with respect to firearms deals with shooting, in an urban environment, with the aim of protecting citizens,” said Paul-Hus.

While the decision does not provide concrete guidelines, said Landry, “if read it carefully, municipalities should be able to figure out how to write bylaws so that they are reasonable and don’t conflict with provincial and federal laws.”

The ruling also highlights differences between approaches taken in civil law jurisdictions as in Quebec compared to common law provinces, noted Paul-Hus. In provinces like Alberta, municipalities are bestowed with discretionary powers to adopt bylaws “that they want and it will be deemed to be valid, administratively and constitutionally,” said Paul-Hus. Not so in Quebec, added Paul-Hus. In Quebec, “we keep the old way of proceeding where we require that regulations be in conformity with the text in the law,” said Paul-Hus.

Charles Turcot, a Laval municipal lawyer with Groupe Trivium who represented Mascouche, declined to comment except to say that the municipality is analyzing the decision.