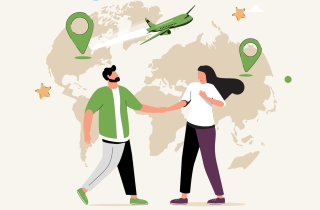 The purpose of the recent amendments to the Immigration and Refugee Protection Regulations, SOR/2002-227, which placed additional compliance requirements on employers of temporary foreign workers under both the Temporary Foreign Worker Program (TFWP) — pursuant to a Labour Market Impact Assessment (LMIA) ­— and the International Mobility Program (IMP), is to provide better protection to Canada’s vulnerable temporary foreign worker population.

These requirements ensure that temporary foreign workers are given the same information regarding their employment as that given to the Canadian government in support of their applications, and that those who might otherwise not be aware of their rights as a worker in Canada are fully informed on how they should be treated by their employer and their entitlements under the law. These changes also ensure that temporary foreign workers are not forced to bear the costs for their entry that are supposed to be borne by the employer, and that they are protected from backlash when they report abuses by their employers.

The intention is laudable, and such measures are even necessary in some industries. There are many foreign workers in Canada who have significant vulnerabilities and who require protection. Workers may have limited English or French language abilities, making it difficult to obtain necessary information regarding worker protections. Others come from countries where workers’ rights are limited or non-existent, and therefore are not aware that Canada’s worker protections extend to them as foreign workers. Vulnerable workers are generally low or unskilled and do not otherwise know how to access information on how to get help if they believe that their employers are taking advantage of them, or are afraid to seek help out of concern that there will be reprisals from their employers.

By enacting measures that require temporary foreign workers be provided with the same information regarding their occupation, wages and working conditions as that provided to Immigration, Refugees and Citizenship Canada (IRCC), it ensures that the foreign worker is armed with signed documentation on which they can rely if the terms of their employment are unilaterally changed by their employer.

On its face, this does not appear to be a problematic requirement. A signed agreement between the employer and the temporary foreign worker formalizes the relationship between the parties and provides additional protections to the temporary foreign worker by ensuring that they possess signed documentation that confirms the terms of their employment as provided to IRCC.

For those under the TFWP, employers and temporary foreign workers generally anticipate a signed agreement to be executed, as it is typically requested when a work permit application is submitted for an individual seeking a work permit under an LMIA. However, in many instances under the IMP, such an agreement is not possible or advisable.

When dealing with highly skilled temporary foreign workers, particularly those who do not have a direct employment relationship with a Canadian entity, this requirement is untenable. There are instances where a highly skilled worker will only be working in Canada on a sporadic and intermittent basis, such as a North American level manager or specialized knowledge worker whose territory includes part of both the United States and Canada. In these instances, temporary foreign workers remain employees of the foreign corporation and continue to receive their regular salary and benefits. There is no employment relationship with the Canadian entity, who is expected to be the entity submitting the employer compliance filing, and yet that filing now includes an attestation that there is a signed agreement between the entity and the foreign national. There are many potential legal pitfalls, particularly from an employment law perspective, that could result from the Canadian entity signing any kind of agreement with the temporary foreign worker in these circumstances.

Similarly, specialized technicians are frequently required to obtain work permits to perform emergency work for clients in Canada. In addition, professionals working under free trade agreements may have arranged employment in Canada through direct contract with the Canadian company. In these cases, there is again no direct employment relationship with a Canadian entity. Nevertheless, it remains the responsibility of the Canadian entity to submit the employer compliance filing and provide this attestation to the existence of a signed employment agreement. It is certainly understandable that this requirement would give many Canadian companies pause. In addition, the requirement creates additional delays in what may already be emergency circumstances while legal counsel reviews potential implications of signing such an agreement, assuming the entity is willing to sign an agreement at all.

The new regulations, as written, may appear to address gaps in Canada’s immigration compliance regime, and they are absolutely necessary for the protection of the most vulnerable temporary foreign workers. However, by implementing standard requirements with no flexibility, they fail to address the myriad of circumstances where an individual is engaging in work in Canada that is not carried out pursuant to an employment relationship with a Canadian entity.

Until this oversight is corrected, many entities, both foreign and domestic, are going to experience difficulties as they carefully navigate this unique intersection of immigration and employment law.