On Oct. 25, NDP member of Parliament Charlie Angus, along with residential school survivors and deputy chiefs, called on the prime minister to meet with St. Anne’s Residential School survivors regarding a “miscarriage of justice” highlighted by an interim report delivered by Justice Ian Pitfield.

In a press conference held in Ottawa, Angus, the MP for Timmins -James Bay, said that Justin Trudeau’s “trip last week to Kamploops [B.C.] was the perfect opportunity” to repair broken relationships with the survivors in “residential schools.”

“Instead, he continued in the dismal patterns of denial and prevarication. He falsely stated that the government has turned over all the relevant documents to the National Centre for Truth and Reconciliation. And this falsehood was quickly exposed as the government continues to stall on turning over the school narratives and the supporting documents that were used in the independent assessment process,” he said, noting that “nowhere is the abuse of rights and the failure to turn over documents more glaring than in the treatment of the survivors of St. Anne’s Residential School.”

The St. Anne’s Residential School was in Fort Albany, in northern Ontario.

“When the hearings for the compensation were being held the Justice Department of Canada deliberately withheld thousands of pages of police evidence and further, they supplied false POI, that’s persons of interest report, on some of the more notorious criminal abusers of children,” he added.

He stressed that survivors who came forward, like Evelyn Korkmaz, “were not believed by a process that favoured the Justice Department and the Catholic Church.”

“These survivors were denied the compensation that was entitled to them because the government lied and suppressed evidence,” he added.

“For eight years, survivors of St. Anne’s have fought through the courts for justice,” Angus said, stressing that to this day the government refuses to turn over reports.

“But now we have a better picture of the scale of the abuse and the legal rights of St. Anne survivors. The latest report by Justice Ian Pitfield reveals some damning numbers,” he said.

Angus explained that “facing the enormous pressure from the ongoing media reports on the betrayal of rights of the St. Anne survivors, Minister Carolyn Bennet went to Federal Court to call for the appointment of a review process run by Justice Pitfield.”

Angus noted that in the report, “Justice Pitfield doesn’t lose much sleep over the fact that survivors went into hearings without access to evidence, evidence that was in the hands of the defendants, the Catholic Church and Canada. But nonetheless, Justice Pitfield reveals that at least 81 survivors of horrific child abuse will need to have their cases re-examined.”

“This represents a massive miscarriage of justice,” he stressed.

“What kind of credible process would let the defendant, Canada, who suppressed the evidence in the first place, decide what the review process actually gets to look at? And on top of this, we’ve learned that Justice Pitfield will not speak to a single survivor. No survivor is being included in this process and their legal rights are not being respected,” added Angus.

The MP said that year after year, the survivors of St. Anne’s have come to Federal Court and asked for “a simple thing: for closure.”

“And yet you [Trudeau], and your ministers, and your lawyers have played a cruel cat and mouse game to try and deny them access to justice,” said Angus, addressing his comments specifically to the prime minister.

“This is your responsibility, Mr. prime minister, to do the right thing, to comply with the court orders and to bring closure once and for all for the survivors of St. Anne’s residential school,” he added, noting that “there is no reconciliation possible in Canada without justice for the St. Anne’s survivors.”

Korkmaz, who was taken to St. Anne’s as a child, said the survivors are demanding that “Prime Minister Justin Trudeau sit down to meet over the massive miscarriage of justice we, as survivors, have suffered at the hands of his government.”

“An internal review of the handling of the St. Anne’s child abuse cases by Justice Pitfield reveals the vast majority of the 427 survivors were heard despite facts that the government suppressed police evidence verifying the crimes,” she said, also noting that, according to the report, “at least 81 cases will need to be re-examined.”

“St. Anne’s survivors are demanding Prime Minister Trudeau to sit down and explain how we will address this massive miscarriage of justice. I personally want the Prime Minister to explain why the government not only withheld names and evidence of the perpetrators but are [refusing] to turn over the person of interest reports that would allow survivors to have closure on our files,” she stressed.

Korkmaz said that since March 2016 she has “been asking for court disclosure reports to be enforced against the government.”

Korkmaz also said that survivors need to make decisions on their own claims.

“What kind of system do we have in Canada when the government deliberately suppresses thousands of pages of police evidence in cases of horrific child abuse? The prime minister needs to tell us why he is siding with the church officials and [perpetrators] of these crimes? He needs to do the right thing and end the coverup. It is time to sit down with the St. Anne’s survivors so we can have justice and [closure] for the crimes committed by the Catholic Church and Canada when we were children,” she added.

Korkmaz stressed that the report by Justice Pitfield is “a mere glimpse into the denial of justice by the federal government.”

“What happened to St. Anne’s survivors represents a massive miscarriage of justice and yet we see no effort by the prime minister to reach out to us survivors or to ensure that our legal rights are protected,” she stated, asking “if Canada’s justice system does not work for the Indigenous people, is it because the system can’t or won’t shed its colonial legacy?”

Deputy Grand Chief of the Mushkegowuk Council, Rebecca Friday, said that “the federal government has denied justice and truth about St. Anne’s.”

“Is this the reconciliation the prime minister claims to believe in?” she asked.

“The prime minister and his new cabinet need to stop fighting us and instead give us support as we try and recover from the harm inflicted on us. It is time for the truth. It is time for action. It is time for change and then we can have reconciliation,” she explained.

“We are profoundly disappointed” she said that the prime minister’s actions “have not matched the words that he has shared with many of us.”

“Especially when he talks about reconciliation and speaking about the truth. Prolonging this senseless legal battle makes a mockery of the government’s commitment to reconciliation,” she added, stressing “there is no reconciliation without justice.”

Ani Dergalstanian, the press secretary for the Office of the Minister of Crown-Indigenous Relations, said that “Residential Schools were part of a shameful and racist colonial policy that removed Indigenous children from their communities and denied them their families, language and culture.”

“To restore confidence, rebuild trust and maintain the integrity of the process, the court responded to our request to order an independent, third party review of St. Anne’s claims to determine if additional compensation is owing to survivors,” she added, noting that Justice Pitfield is “conducting this ongoing independent review, and has indicated in his interim report that he will be focusing on 81 more complex files in particular, which will require a more in-depth assessment.”

“As this ongoing process is difficult for many St. Anne’s claimants, their families and communities, Canada is also providing further dedicated health and mental health supports for St. Anne’s claimants, in addition to existing supports,” she said, adding that the Department of Crown-Indigenous Relations is “committed to reconciliation, healing and justice for former students of St. Anne’s, and all Residential Schools.”

The Prime Minister’s Office (PMO) responded to request for comment by stating it has “provided over 4 million documents to the National Centre for Truth and Reconciliation.”

“To the best of our knowledge, all documents were provided. If that’s not the case, we will do everything we can in working with all parties of the IRSSA [Indian Residential Schools Settlement Agreement] to make sure the documents are provided,” the PMO added. 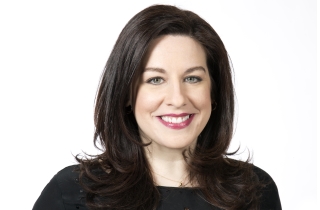 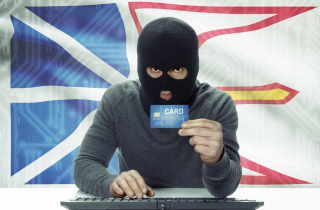