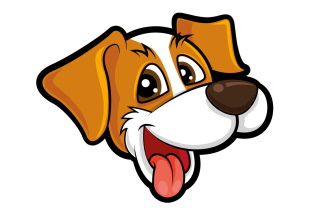 July 2022 marked the 200th anniversary of the U.K.'s passage of the groundbreaking animal cruelty statute, Martin's Act, An Act to Prevent the Cruel and Improper Treatment of Cattle. Thought to be the first animal welfare legislation in the western world, the 1822 law was enacted to make it illegal to “wantonly and cruelly beat or ill-treat” horses, mules, asses, oxen, cows, sheep or other cattle.

These early cruelty laws paved the way for animal legislation in other countries, including Canada, and the law also eventually expanded to include companion animals. Some 200 years after the passage of that Act, animal sentience was formally enshrined in U.K. laws with the aptly named, Animal Welfare (Sentience) Act 2022 . (For more details on animal sentience see: Recognizing animals in Canada as sentient.)

In 2008, Canadian Parliament amended animal cruelty provisions of the Canadian Criminal Code in an effort to better align the Code with the heightened place animals hold in society. Changes included increased available maximum sentencing, animal prohibitions and more, with a view to highlighting the serious nature of animal cruelty, to better provide for animal protection and to allow courts flexibility in sentencing. Since the 2008 amendments, we've seen the beginning of a shift taking hold to recognize animals as living beings, as someone, not something.

Many will argue that the Code changes are not enough, and I understand that proposition, but, when an appellate court in Canada makes promising pronouncements of animals as sentient beings based on the amendments, there is no doubt, we are inching forward in animal protection. We are coming up to the one-year anniversary of the Alberta Court of Appeal's significant sentencing decision in R v. Chen 2021 ABCA 382 concerning violence against a Husky puppy called Cinnamon.

The upper court provided pivotal guidance on animal cruelty sentencing in Chen. Those of us practising animal law appreciate how rare it is for animal law cases to make it as far as the appellate court level. Not surprisingly, the Chen case draws strength from Canada’s groundbreaking animal law dissent set down by former Chief Justice Catherine Anne Fraser 10 years previously in Reece v. Edmonton (City), 2011 ABCA 238.

At Para 21 of the Chen case, the court noted the comparative evolution of how cruelty to animals is seen by society:


[21] The comments of Justice Fraser in her dissent in Reece v Edmonton (City), 2011 ABCA 238 at Para 162, leave to appeal to SCC refused, (2012) [2011] SCCA No 447 are relevant here: “a civilized society should show reasonable regard for vulnerable animals.” At para 54, she remarked on the societal change in this area: “We have moved from a highly exploitive era in which humans had the right to do with animals as they saw fit to the present where some protection is accorded under laws based on an animal welfare model.”

The Chen case highlighted the unique place animals hold in society, that they are sentient, living beings, not mere property. Appellate court Justice Marina Paperny who crafted the unanimous judgment stated: “...I agree that animals, sentient beings that experience pain and suffering, must be treated as living victims and not chattels. ...” (para 27).  At para 33 she wrote: “...There can be no disputing that animals are sentient beings that are capable of experiencing pain and suffering and can be victims of violence. The animal cruelty provisions are aimed at protecting animals themselves from wilful acts of violence and the wilful infliction of pain and suffering.”

The fact that Cinnamon eventually recovered from the violence, or that different cultural norms were in issue, were not mitigating factors.

In denouncing acts of animal violence, the justice wrote that “An aggressive attack on an animal intended to willfully cause unnecessary pain, suffering or injury is properly characterized as violence” (para.35).“

The Chen case is noteworthy not only for delineating the sentencing principles for s. 445 Code offences, but for recognizing that animals can be victims of violence, for attaching a high degree of blameworthiness to wanton and brutal criminal assaults on companion animals with correspondingly proportionate deterrence and denunciation in sentencing.

The B.C. Provincial Court in R. v. Zhu 2022 BCPC 153 involving violence against a defenseless kitten, wholly reliant on Zhu for his care, applied principles in Chen. The B.C. court noted as an aggravating factor that “The kitten was reliant on Mr Zhu for its care and nurturance, and he was in a position of trust towards it which he breached by causing it unnecessary pain and suffering.” (para. 51) The B.C. court further noted that Chen affirms Parliament’s direction that courts re-evaluate punishment for crimes of animal cruelty.

It’s not just companion animals like cats and dogs who are being considered for greater protections under the law. The landmark Jane Goodall Act (JGA) S-241 re-introduced into the Senate in 2022 builds on the 2019 Criminal Code amendments respecting whales and dolphins in captivity. The expanded JGA enactment would amend the Criminal Code creating offences regarding elephants, great apes, some captive non-domesticated animals, and captive breeding. The JGA would also amend the Wild Animal and Plant Protection and Regulation of International and Interprovincial Trade Act.

The aim of the enactment is to protect captive wild animals, phase out elephant captivity, designating hundreds of species for protection and even granting some animals limited legal standing in court.  It would be unprecedented legislation in North America. (For background details on the origin of the bill, please see: Canada’s game-changing Jane Goodall Act: Global rise of sentience)

Lawmakers are beginning to appreciate the interconnection of animals to humans and that is helping to change shape the law to give more consideration and protection to animals.

The proposed statute recognizes that science, empathy and justice require humans to respect the needs and best interests of animals.

Sponsor of the JGA, Senator Marty Klyne, stated: “This legislation expresses the harmony of Western science and Indigenous understandings of nature. This knowledge tells us that action is urgent for wild animals, with many species facing cruelty and extinction right now.”

As Canada grapples with truth and reconciliation, it is imperative that we learn and apply wisdom from Indigenous knowledge keepers.

If the Jane Goodall Act gets enacted into law, and I sincerely hope for the sake of animals and humans that it does, it will make Canada a world leader in animal protection.

V. Victoria Shroff is one of the first animal law practitioners in Canada and the longest serving in B.C. Practising animal law for over 20 years at Shroff and Associates in Vancouver, she is also erstwhile adjunct professor of animal law at UBC’s Allard School of Law and faculty, Capilano University. Shroff is recognized locally and internationally as an animal law expert and is frequently interviewed by media. Her book, Canadian Animal Law is available at LexisNexis Canada store. Reach her at shroffandassociates@gmail.com, @shroffanimallaw or LinkedIn.