So, you want to grow up eh? Going from solo practice to building a firm is no easy feat. First, let me congratulate you from one entrepreneur to another. It takes guts, stamina, persistence, determination and a lot of hard work. What I intend to do in this two-part series is lay out what I believe are the key elements of growing from solo practice into a firm. ... [read more]

There are many ways to skin a cat. That’s the lesson R. v. W.M. 2019 ONSC 6535 teaches us. At issue was the Liberal criminal law reform that requires the defence in sexual assault trials to hand over to the Crown any complainant communications in its possession and give the complainant an automatic right to take part in an admissibility hearing into those communications.   ... [read more]

With mandate letters going out to ministers in mid-December, it got me thinking about what 2020 would bring for our criminal justice system. If a mandate is like a direction to ministers, could it be considered like a New Year’s resolution? ... [read more]

At its core, the Christmas story is about justice. It’s a reminder that even when our world seems hopeless and dark, there is a boundless love that can overcome all that is wrong and unjust. For a profession committed to promoting justice, remedying wrongs and mending brokenness, there is much in the Christmas story that can resonate with all lawyers. ... [read more]

Reflections on reflecting: In the best light | Ian G. Wilkinson

I didn’t like Christmas with the rampant distortion of its message by the blatant commercialism. Over time, however, I learned to see past that and focus on what I thought was the best interpretation of the event: that we should be thinking of and seeing each other in the best of lights — not the worst. ... [read more]

If you recall in our previous column, we looked at conducting audits to measure where you are in certain areas. In part two of this installment we are going to take a look at what you can do with that information to become more profitable. ... [read more]

Of all the headlines coming out of Alberta these days, the firing of election commissioner Lorne Gibson may not be the most gripping but for anyone involved in administrative, election or criminal law, this controversy, and its aftermath is a good refresher as to the role of an election commissioner, why Canada has a patchwork of legislation surrounding commissioners and their duties and the powers they have under provincial and federal election laws. ... [read more] 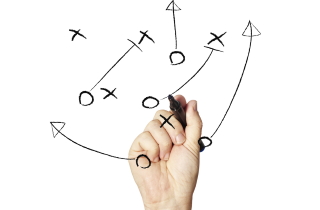