Kim Kardashian, the daughter of the late Robert Kardashian, an attorney who rose to prominence for his defence of O.J. Simpson during a 1995 murder trial that resulted in an acquittal, announced that she, too, will be a lawyer. (Simpson, a legendary American football hero, was accused of murdering his ex-wife Nicole Brown-Simpson and her friend Ron Goldman. The murder trial was televised live and the case went on for months.)

Cosmopolitan, Elle and Vogue reported it (a fashion magazine broke a legal news story!), but so did CNN, The Guardian and BBC news among other news outlets.

My first thought was: Kardashian has been binge watching the Netflix legal drama Suits. This is a clear case of life imitating art.

When I saw the news flashes about her announcement, I felt the same irritation that I did while watching Mike Ross practise law without a law degree. I found it offensive.

For anyone who has been living under a rock, Suits is a popular legal drama now in its eighth season (available on Netflix). It is set in New York but actually filmed in Toronto. (It’s fun to watch the show to see how many locations you can spot: Oh, look that’s the lobby of the TD Centre! That’s Brookfield Place!)

The basic premise of Suits is this: lead character Ross is trying to turn his life around from being a low-grade pot dealer to a Wall Street lawyer. Ross has a photographic memory but he never went to law school. He remembers every single thing he has ever read, word-for-word, making memorizing legal tomes easy peasy. He claims to have studied law. Normally, Pearson Specter Litt hires only from Harvard Law School. And, as the audience expects, Ross gets hired on because otherwise there is no show.

The lawyer-never-having-gone-to-law-school is a clever plot device, I give you that. The characters are compelling; the dialogue is fast-paced and well written, and managing partner Jessica Pearson has the best wardrobe, ever. Real lawyers just know too much about how the legal system really works, but we watch anyway.

I love the intensity of the show and can often relate to the issues at play within the law firm, but Ross never having attended at law school always irritated me. Prior to the bar accepting him, I found Ross’s fraudulent behaviour upsetting, to the point where I almost stopped watching the show.

Taking her cue from Ross and being a daughter of privilege, Kardashian won’t be going to law school like almost all other lawyers. Nope! She won’t be hitting the books in the law library. Nor committing key precedent cases to memory. Nor writing her heart out in term papers. Nor burning the midnight oil studying for exams.

Instead, Kardashian decided to do a four-year apprenticeship with a San Francisco law firm starting back in 2018 and take the bar exam in 2022. How is this possible?

California is one of the five states in the U.S. that allow prospective lawyers to do apprenticeships instead of attending law school; the other states are Tennessee, Vermont, Washington and Wyoming.

There are certain things Kardashian must do during her four-year apprenticeship. She needs to be studying law at a firm during regular business hours for a minimum of 18 hours each week for at least 48 weeks to receive credit for one year of study. She and her supervising attorney must submit semiannual progress reports to the California Bar Association. Plus, she needs to take and pass the first-year law student’s exam.

Following her four-year apprenticeship, Kardashian needs to take (and pass) the bar and get a positive moral character determination. She will also need to pass the Multistate Professional Responsibility Examination.

Kardashian and her family have grown an impressive business empire. She is a talented businesswoman in her own right, but to act so casually about becoming a lawyer, as if it’s like buying a new pair of Louboutins, is irksome. I find it offensive, even if her father was a famous criminal defence attorney.

Worse, how can a woman famous for not possessing any particular skills (do selfies and an hourglass figure qualify as skills?) become a lawyer? She didn’t even finish college.

With the momentum from the #MeToo movement and the recent documentary Notorious RBG women are trying so desperately to be treated as equals to men. We are making strides and I fear that Kardashian entering the legal profession will be a massive setback for women. Kardashian feels like a punchline on The Late Show with Stephen Colbert.

In Ontario, the traditional stream requires 10 months of articling which is essentially a practical internship in addition to three years of law school plus articling and the bar exams before one can be admitted to the bar. Admittedly, I learned more during my articling term than I did during my years at law school as I gained practical experience that provided me with transferable skills.

If Kardashian is in fact logging the hours that she claims she is, and if she is not getting preferential treatment, then perhaps she is on to something. On the other hand, statistics demonstrate a low percentage of individuals who pass the bar exam without having attended law school. Since 1996 in California, 1,142 apprentices have taken the bar exam; only 305 have passed.

I don’t know about you, but it took me seven years to become a lawyer. I am fiercely proud that I put in the work to join this profession. Kardashian becoming a lawyer somehow does not ring true with me; it feels like another PR stunt for her empire. 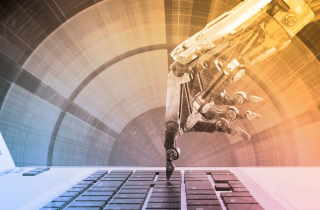