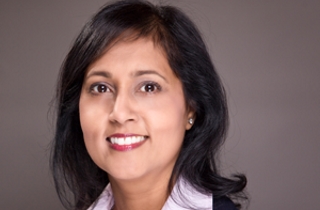 The B.C. bar association is calling for the provincial government to make changes to the Mental Health Act (MHA) to better protect legal rights for those who find themselves involuntarily detained under the Act.

In his March report, B.C. ombudsperson Jay Chalke found a significant lack of compliance with the legal documentation required on involuntary admission to designated psychiatric facilities in the province, noting legally required admission documents were missing, late or improperly completed. Chalke found “compliance with the involuntary admissions procedure is inconsistent and inadequate. The procedural safeguards in the Act and the regulation are only of any use to the extent that they are put into practice.” He also recommended the government mandate the provincial Legal Services Society (LSS), which administers legal aid, to deliver independent rights and advocacy to involuntarily admitted patients.

The Canadian Bar Association, B.C. Branch (CBABC) said it is encouraging the government to adopt Chalke’s recommendations and noted its Agenda for Justice, published in 2017, recommended changing the MHA so any patient who is the subject of a review of a physician’s decision to involuntarily detain them has the option of legal representation during the review proceeding.

“Patients with mental health issues who have been involuntarily detained have not had a clear option for legal representation when their review or hearing is held,” said CBABC president Margaret Mereigh. “We continue to ask government to make legal aid funds available to these vulnerable people so their right to a fair and independent hearing is protected and they can access independent legal advice upon detention.”

Former CBABC president Bill Veenstra said there is a fundamental need to ensure people who are involuntarily detained and admitted to facilities have a realistic ability to independently challenge the admission in appropriate circumstances and get the support information and advice they need.

“People sometimes need treatment and can’t see their own need for help, so that’s why we have these procedures for involuntarily admitting people to a facility,” he said. “But that’s a pretty extraordinary power, for people to take you in and lock you up, so it has to be exercised very carefully to ensure that rights are protected under the Charter.”

Veenstra said CBABC will “continue to press and bring this to the attention” of provincial Attorney General David Eby.

“There are many competing demands for the attorney general, but we’re trying to make sure this does stay where it needs to be, near the top of his priority list,” he said.