Dentons announced that Lillian Y. Pan and Chloe Snider, both partners in the firm’s litigation and dispute resolution group, have received appointments by The Advocates’ Society.

Pan has been appointed to the board of directors and Snider to the 10+ Standing Committee.

According to the firm's press release, Pan, who is based at the firm’s Calgary office, has an impeccable track record as a leading litigator in Canada, one of the many reasons she was considered ideally positioned to sit on the board. The term will run from June 2019-June 2023. In her role, she will provide leadership and guidance to members and help them become leaders both in and out of the courtroom.

Snider, a partner in the Toronto office, was appointed to the 10+ Standing Committee. Snider is a 2010 call who has become a respected by her peers as a proficient litigator and leader. She carries on a commercial litigation practice, with a focus on technology and private international law issues. The committee promotes networking among mid-career members, and encourages them to engage with the society as a whole, as well as with its board of directors. In addition the committee provides mid-career members with leadership, and career and business development programs and promotes access to justice and pro bono initiatives.

Created in 1963, The Advocates’ Society is Canada’s trusted resource for litigators across the country. The society offers professional development programs, networking opportunities and provides issue advocacy submissions to the government and other regulatory bodies. 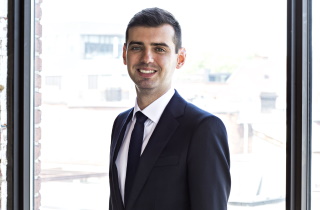