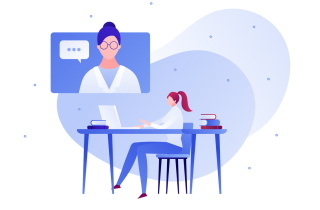 COVID-19 and its effects on jurisdictional authorities

To say that this global pandemic has changed things just might be the understatement of the year. From decimating industries to complicating others and creating brand new opportunities, it is clear that the present context has changed the outlook of business for years to come — be it for better or worse.

Professional services, of course, are not immune to these profound changes. For instance, many professionals who used to rely on in-person appointments have been forced to quickly adapt to a remote practice based on virtual consultations and services in order to comply with sanitary guidelines. As we have already discussed in a previous article, this change was not without creating regulatory anxiety, since many regulators, including professional corporations, were slow to definitively answer the many questions raised by the new reality of their members.

This was not the end of it, however — far from it. In fact, one of the most salient issues brought by this new tendency towards remote practice has to do with jurisdiction and territoriality, and it appears too few stakeholders are talking about it.

For instance, let’s take an Ontario resident and Canadian citizen we will call Jane. Jane feels her mental health degrading as a result of isolation during quarantine and decides to seek help. Browsing online, she finds psychologist John, who is based in Quebec City and is a licensed member of the Quebec Order of Psychologists. After looking at his credentials and conducting an online-based preliminary meeting, Jane decides to retain John and to start therapy under his supervision. After a while, however, Jane realizes that John has used her full name without her consent in a blog post he authored. Surprised by this violation of her privacy, she decides to notify the relevant regulator.

But who should she call? The College of Psychologists of Ontario or the Order of Psychologists of Quebec? While the former is likely to tell her that they have no jurisdiction over the matter since John is not a member, the latter might answer that they cannot start an investigation for acts committed outside of Quebec and/or involving parties who are not Quebec residents. What is more, could John be prosecuted for practising psychology without a licence in Ontario even if he never left his Quebec City office? Say Jane decides to sue John in civil court, where should she file her claim? Will John’s professional liability insurance cover his acts?

Of course, this set of facts is only an example, and one can easily see how often (and how many) such questions of territoriality and jurisdiction might appear in a variety of cases. Interestingly, the same questions are also likely to have answers that depend on who you ask, since private international law matters are usually addressed by statute enforced in a given jurisdiction. Leaving the complex issue of conflict of laws to the experts in private international law, we will focus on Quebec legislation for the remainder of this article.

In Quebec, a special regime has been established under article 108.2 of the Act respecting health services and social services, L.S.Q., ch. S-4.2 through an amendment enforced in 2005. This article states that the “… services provided by an institution in the form of telehealth services are considered provided at the place where the health or social services professional who was consulted practises.” This could be said to resolve a lot of uncertainty, though the limited application of the Act to institutional services provided within Quebec’s public health-care network leaves behind all cases involving private practice.

Luckily, some jurisprudential authority, albeit sparse, does present the beginning of an answer for other cases. For instance, a 2006 decision rendered by the Quebec Superior Court opined that a telephone consultation was not to be considered a telehealth service under the Act, and therefore decided to allow the patient to file an action in the district in which he had received the call at issue. To support this decision, the judge stated that unless a specific statute stated otherwise, “patient-focused medicine should be considered as exercised where the patient is located.” This, in fact, most likely creates a dual regime in which Quebec patients within the public system are deemed treated where their professional is, while patients involved in private practice are deemed treated where they are.

Regardless of the complexity of applying the aforementioned principles, clients generally should not worry about not having any disciplinary recourse shall they wish to use them against a professional located in another province. Indeed, Quebec case law such as Paquette c. Comité de discipline de la Corporation professionnelle des médecins [1995] J.Q. no 135, has made clear that the jurisdiction of professional corporations is to be considered personal as opposed to territorial. Concretely, the corporation of which the professional is a member should therefore retain jurisdiction over her regardless of where the act was dispensed and can apply its own code of ethics all the same.

To build upon our example, this means that the Order of Psychologists of Quebec could most likely investigate and/or prosecute John for the services rendered to Jane shall they be considered in violation of Quebec’s Code of Ethics of Psychologists, LSQ, ch. C-26, r. 212.

Remote professional services are here to stay, and I would be extremely surprised to see this new practice die off once this global pandemic is over. Professional regulators and other stakeholders therefore have a duty to help their members navigate these jurisdictional issues in order to assist rather than coerce professionals wishing to leverage technology to access new markets and opportunities. On the same line, interprovincial and international efforts are needed in order to harmonize ethical guidelines and ensure all citizens receive proper and ethical care. This is a brand new world, and it is time we catch up to it.

Joël Roy is an attorney at Mercier Leduc specializing in ethics and disciplinary law in the context of medical technologies and AI.