The Liberal government has introduced reforms to the Investment of Canada Act (ICA) that would boost Ottawa’s powers to review, restrict and control foreign direct investments in Canada as the federal government deems necessary to preserve national security.

On Dec. 7, Innovation, Science and Industry Minister François-Philippe Champagne introduced in the House of Commons an overhaul of the Investment Canada Act (Bill C-34), titled the National Security Review of Investments Modernization Act.

The 27-page bill, touted by Ottawa “as the most significant update” of the ICA since a national security review process became part of the Act in 2009, would expand the oversight, order-making and information-sharing powers of the industry minister, and the government, backed by higher and new penalties. 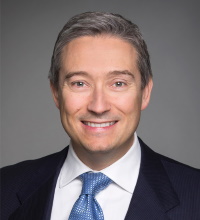 According to the government, the proposed National Security Review of Investments Modernization Act would, among other things:

“You have investors looking at all sorts of investments in Canada,” remarked Champagne, citing as prime examples, the critical mineral, microchip and battery sectors.

Foreign investment that will require prenotification filings with the federal government will include sectors involving “sensitive technologies,” critical minerals” and “around anything about personal information,” the industry minister advised.

He pointed out that Canada is also a leader in quantum and artificial intelligence (AI). “We need to protect these technologies,” he said.

Asked what sectors he sees as most sensitive with respect to foreign direct investment, Champagne answered “key things you'll need ... over the next 20, 30 years to fuel the economy of the future.”

“Obviously vaccines came first because we've seen it,” he responded, alluding to the economic disruption caused by the COVID-19 pandemic.

“The second thing I would say is critical minerals. And the third one would be semiconductors, so I think in that sector, when it comes to these critical elements to fuel the economy of the 21st century, we need to pay close attention.”

Champagne also observed that “the underlying foundation for success in the 21st century is around quantum, it’s around AI and it’s around cybersecurity. So anything that will touch these critical sensitive technologies is something that we’ll pay additional attention. And certainly when it comes to prenotification, you can rest assured that it’s going to include critical minerals, sensitive technologies and anything about personal data because we’ve seen, more and more in the digital economy, people who want to access data of Canadians.”

Champagne vowed “I’ll be a hawk in that to make sure that we protect the information of Canadians, and that any transaction is in the interest of Canadians and our national security.”

He said the proposal to allow undertakings would provide a helpful tool. “Now the law only allows you to either say ‘yea’ or ‘nay’,” to a transaction, he explained. “But sometimes, you want to say ‘maybe ... with conditions,” he remarked. “So the [proposed] Act would allow us to say ‘you can do the transaction, but you need these undertakings’ — for example, ‘you won't be able to share the personal information [you obtain] with any other affiliates that you have. The information will have to stay within Canada, the board of directors will have to be composed, for example, of Canadians.’”

Asked what guardrails exist to prevent a private company with no ties on paper to a foreign government, such as China’s, from investing, under foreign-government control, in such national-security sensitive sectors as lithium or cobalt mining, Champagne replied that the ICA stipulates “no threshold” for national security.

“The current law, as well as the future law, allows us to review any transaction with respect to national security. We just put more rules around state-owned [foreign enterprises],” he said. “That being said, when private companies want to take equity interest, for example, or investment, in a Canadian company, they’re still subject to the Act. ... If it’s a private company, we’ll have to look on a case-by-case basis, ‘would that be injurious to national security in Canada?’”