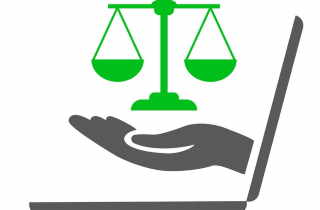 As we enter the second wave in Ontario it is clear that COVID-19 has completely disrupted the way we administer criminal justice. The courts have been forced to embrace video technologies that have, quite embarrassingly, been used in other professions for decades.

Administrative appearances have been streamlined to the benefit of both counsel and the accused. The ability to enter a guilty plea by video has increased access to justice for accused persons and saved counsel hours in commuting time.

But when it comes to conducting a trial by video opinions are divided. In the “over-my-dead-body” camp are lawyers who believe that a Zoom trial can never be fair. The technology negatively impacts the trier of fact’s ability to assess credibility, encourages disengagement in the process and adversely impacts the outcome of the trial.

The potential for a witness, particularly an accused, to appear less truthful on video is seen as too significant a risk to ignore. While remote hearings may be appropriate for appeals or motions where no evidence is called, video is just not suitable for trials involving credibility.

Then there are those in the “literally-over-my-dead-body” camp who feel that the health risks associated with in-person trials during COVID-19 are too great. Being able to see the face of the witness in a Zoom trial is sufficient for an accused to be able to make full answer and defence. Demeanour evidence has largely been debunked in terms of its actual impact on credibility reducing the need for in person testimony. For vulnerable witnesses, video testimony is preferable in terms of minimizing the traumatic impact of giving testimony, with children already routinely testifying by video. A study conducted in Australia found that defendants appearing by video before a jury were no more likely to be convicted than those appearing in person. For accused persons who are anxious to have their day in court, a remote trial may be their only chance to have their trial heard in a reasonable time.

By virtue of their insertion into the courtroom, videoconferencing technologies will inevitably change the way in which trials are conducted. As we adjust to a post-COVID-19 world, remote trials, and the pressure to conduct remote trials, will become more common. For an accused who chooses to have their trial heard remotely, here are some recommendations to minimize the impact of the technology on trial fairness.

Do not allow yourself to be forced into virtual trial

The Criminal Code does not allow trial judges to order a virtual trial over the objection of the accused for indictable matters. Section 650(1) requires that an accused be present during the entirety of their trial, subject to exceptions which include the accused’s consent. Section 715.23 lists a number of factors the trial judge must consider in ordering an accused to appear by video, including trial fairness. The case law in this area is new and evolving.

Judges should instruct themselves on shortcomings of video testimony

A trial judge observing an accused on video will lose some non-verbal cues, direct eye contact and the emotional connection normally felt in the courtroom. Trial judges must remind themselves of these shortcomings to mitigate the impact of the technology on their ability to assess credibility. Trial judges must also be particularly cautious about making identifications or allowing witnesses to make identifications based solely on observations of an accused appearing by video.

A three-year study conducted in Australia found that poorer quality video negatively affected justice outcomes. There may be cases in which the quality of the video is so poor that it jeopardizes trial fairness to the point that the trial simply can’t continue. Counsel must diligently monitor this as a potential risk throughout the trial, ensuring that their client is able to observe and participate in the hearing at all times.

Accused should not be only one on video

If the accused is the only person on video it may be difficult for them to feel that they are part of the process or for others to feel the accused’s presence, putting them at a disadvantage.

Ensure a way for counsel and accused to communicate during proceedings

This is currently a significant challenge for accused who are in custody. Some videoconferencing technologies feature a “breakout room” through which counsel and the accused can communicate. However, this is likely not sufficiently private and does not allow for simultaneous communication during the trial. Counsel should consider advocating for some other more private means to communicate with their in-custody client during the trial such as via phone or text message.

Ultimately, the decision to have a trial heard remotely will be one the accused will have to make after being fully informed of the risks involved. And as always, it will be our job as counsel to speak up when we suspect unfairness in the process.

Maija Martin is a sole practitioner based in Toronto.

Interested in writing for us? To learn more about how you can add your voice to The Lawyer’s Daily, contact Analysis Editor Peter Carter at peter.carter@lexisnexis.ca or call 647-776-6740. ​​​​​​