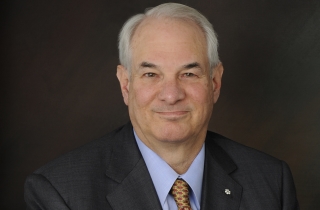 Ruby remembered as ‘a tireless fighter for justice’

When Brian Shiller was a law student at McGill University from 1986 to 1990, one of the cases on the curriculum was the Supreme Court of Canada’s ruling, R. v. Morgentaler  [1976] 1 S.C.R. 616, in which the country’s top court rejected physician Henry Morgentaler’s first challenge of Canada’s prohibition of abortion. (Twelve years later, the same court released a landmark decision — R. v. Morgentaler [1988] 1 S.C.R. 30 — declaring the prohibition under the Criminal Code as unconstitutional.)

The only lawyer’s name Shiller recognized from the 1976 decision was Clayton Ruby, who represented intervener, the Foundation for Women in Crisis.

In 1994, only two years of working as a civil litigator at the time, Shiller was introduced by mutual friends to Ruby and his spouse, Harriet Sachs, a family law lawyer who now serves as a judge on the Ontario Superior Court.

They met for dinner and within weeks, Shiller was working with Ruby on files. 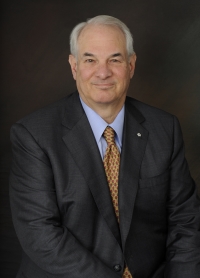 “I was obsessed with the Guy Paul Morin case — and then I found myself sitting across the table from Clay at dinner talking about it,” said Shiller, of the man Ruby represented who was accused of killing 9-year-old Christine Jessop in 1984, before Morin was exonerated 11 years later.

“It’s surreal that in 2022 that I find myself the voice for Clay and his death,” said Shiller, who in 2009, formed what is now Ruby Shiller Enenajor DiGiuseppe Barristers.

On Aug. 3, the Toronto-based firm announced on Twitter that Ruby had died the previous afternoon — reportedly due to complications following heart surgery — surrounded by his family.

“Clay was a dedicated advocate for human rights, a champion of the underdog and a loving friend. Our thoughts are with his family and our entire firm mourns the loss of our leader and mentor,” the firm said in a statement.

Toronto-born Ruby — who received his law degree from the University of Toronto in 1969 and briefly served, in 2006, as the 60th treasurer of the Law Society of Upper Canada (today’s Law Society of Ontario) for which he was also the longest-sitting bencher — was 80 years old.

“Clay wasn’t just somebody I worked with,” said 57-year-old Shiller. “Every personal and professional relationship I’ve had over the last 28 years I can trace to him. My entire legal world comes from him. Anything I do I can trace back to him as the start of it.”

At times, they shared high-profile clients.

Shiller served as Robinson’s counsel seven years later when he sued the National Post for defamation after the newspaper poked fun at the MP for having his pants torn after his leg was struck by a plastic bullet at the Summit of the Americas held that year in Quebec City. The case was settled out of court.

Robinson tweeted on Aug. 3 that he was “heartbroken” by Ruby’s passing and called him a “giant in the legal profession, pillar of the progressive community, and a fine and decent man, a mensch.”

One of Canada’s best-known lawyers and a member of the Order of Canada, Ruby was involved in a myriad of high-profile cases — from helping Donald Marshall Jr. obtain an acquittal in 1983 in a wrongful-conviction murder case to assisting Toronto resident Paul Magder have the Ontario Superior Court (Magder v. Ford 2012 ONSC 5615) order then-Toronto Mayor Rob Ford to leave office in a conflict-of-interest case. (Ford appealed and kept his job.)

“The only thing Clay and Rob Ford had in common was that they both made their personal phone numbers publicly available,” said Shiller, who added that Ruby cared for his clients beyond the courtroom.

“If a client came into the office and didn’t seem right, he would confront it head-on,” said Shiller. “He would say, ‘You look like you’re depressed. We’re going to give you some names of people to see.’ I’d seen him do that countless times.”

Michelle Douglas serves as executive director of the Ottawa-based LGBT Purge Fund, a not-for-profit corporation established to manage a portion of the funds from a 2018 settlement of up to $145 million as part of a class action against the federal government for policies it, the Canadian Armed Forces (CAF) and the RCMP had in place from the 1950s to the mid-1990s that discriminated against thousands of LGBT employees and members who were harassed and often fired.

In 1989, Douglas, a CAF officer, was honourably discharged from the military after she was deemed “not advantageously employable due to homosexuality.”

Two years later, Ruby — with Sachs as co-counsel — filed a legal challenge against the Department of National Defence on Douglas’s behalf. But 30 years ago, before the case went to trial, the CAF abandoned its “LGBT Purge” policy and settled the case.

“Clay was a very important person in my life and really changed the trajectory of my life by successfully arguing my case before the Federal Court in 1992,” Douglas told The Lawyer’s Daily.

“Clay was a kind and gentle person with me. He supported me. He was very generous and compassionate towards me, and really understood my vulnerability at that time. It felt to me so good to have someone of his calibre as I was bringing my case against the military. I felt like he helped level the playing field against a massive organization and that it would be a fair fight. You want someone like Clay Ruby on your side,” she said. “He also did remind me that through this case that I could help others, and he encouraged me.”

Douglas said that Ruby “represented the very best of the legal profession” and that his legacy will far outlive him, and that she and other Purge survivors are “incredibly grateful” to this “larger-than-life” lawyer for his advocacy on their behalf.

Ruby also made time for other lawyers.

“My office was right next to his for years, and the number of times I heard him field calls from other lawyers whom he didn’t know and who had serious ethical issues they were grappling with, and he would just drop everything, and he would talk on the phone with them for an hour and help them through their problems,” said Shiller.

“Clay was an enigma and an icon at the same time,” said Lockyer.

“I always liked him and considered him a good friend. He had a good heart, which is what matters, and he was a very good advocate.”

“He had an ability that made you want to listen to him. He talked in short, sharp sentences very quickly, and he kept your attention — and he had his causes,” said Lockyer.

Those causes date back to the latter half of the 1960s when Ruby and Paul Copeland — who went on to become one of Canada’s leading human rights lawyers — helped form a group called the Village Bar that provided free legal advice to people — including Vietnam War draft dodgers — from a trailer parked in a vacant lot near Toronto’s Yorkville area.

“And there was the Morin case, where Clay ran this extraordinary dual defence — that Morin didn’t do it, but if he did, he was insane,” said Lockyer, who helped form the Association in Defence of the Wrongly Convicted (AIDWYC), now known as Innocence Canada, in 1993 following Morin’s 1992 conviction at his second trial. Two years later, Lockyer helped Morin obtain an exoneration.

Ruby’s death is “a great loss for Canada” and his greatest legacy is that he was “a damn good lawyer for important social-justice causes and a lawyer for the disadvantaged,” said Lockyer, who recalled Ruby’s role representing the Canadian Abortion Rights Action League that held intervener status before the Supreme Court of Canada in Tremblay v. Daigle [1989] 2 S.C.R. 530, in which the court held that a fetus has no legal status as a person in Canada, and that Chantal Daigle’s former partner, Jean-Guy Tremblay, should not have obtained an injunction from the Quebec Superior Court to stop her from having an abortion.

Ruby, however, would bristle at being placed on a podium.

“Clay would be cringing at this conversation — he had no ego. It was the biggest misconception of him,” offered Shiller. “It was his confidence.”

“He liked being a fighter and never held his punches. He hated that Crown attorneys were appointed judges and saw it is a conflict of interest, and that they could say things to a jury and the jury took that as truth because a Crown attorney told them.”

Shiller said that some people viewed Ruby “driving nice cars and wearing nice clothes while out there advocating for the homeless and poor people and disadvantaged people and people of colour — the rights of everybody as a contradiction, which of course it wasn’t. He was allowed to have the life he wanted and help people in need. You could have both of those things.”

“More than anybody, I think he’ll be remembered as a tireless fighter for justice and for people without voices,” said Shiller. “In the legal world, few of us make dramatic differences. He’s done it time and time again.”

“I’ll remember him as one of the sweetest guys I ever knew,” added Shiller. “He was just one of those people who cherished life, and cherished his friends and family.”

A celebration of Ruby’s life will be held on Tuesday, Aug. 9 at 2 p.m. at Mount Pleasant Funeral Centre in Toronto, which will also be livestreamed.

Attendees have been asked to wear “bright colours.”

As Shiller explained: “No matter the occasion, Clay hated a lack of colour.”