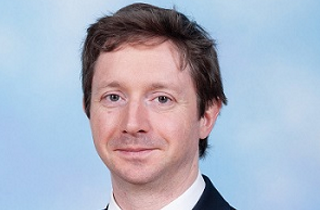 ‘Not clear’ how courts will address cabinet-level decision-making after Alberta rulings: law prof

Legal experts are saying a pair of recent rulings from Alberta’s top court will likely make it much harder for people to challenge governmental regulations in the province.

Both considered whether the Supreme Court’s decision in Canada (Minister of Citizenship and Immigration) v. Vavilov, 2019 SCC 65 has changed the analytical approach for reviewing the legality of regulations set out in Katz (Katz Group Canada Inc v. Ontario (Health and Long-Term Care), 2013 SCC 64). Under Katz, the only way to successfully challenge cabinet-level decisions is to demonstrate there is a mismatch between a regulation and the purposes of the statute the regulation was adopted under and largely directs courts to stay away from looking at the wisdom of the policy objectives underlying the regulation.

And in both cases the Alberta Court of Appeal said Katz was still valid. Justice Dawn Pentelechuk wrote in Auer that “nothing in Vavilov evidences an intention to overrule or modify” the Katz test and to conclude so implicitly is “is inimical to the Supreme Court’s stated goals and reasoning” in Vavilov.

“There is a distinction between administrative decision-making and legislative action; specifically, the creation of law through promulgation of regulations by the Governor in Council,” she wrote. “Enacting a regulation is therefore not a ‘decision’ in the Vavilov sense and applying the Vavilov reasonableness approach is not analytically sound.”

Justice Pentelechuk ruled the “reasoning in Vavilov is fundamentally unsuited to the review of regulations.”

“Vires is not a question of jurisdiction as defined by Vavilov and remains a freestanding ground of review,” she wrote.

And lawyers both inside and outside Alberta are saying the decisions seem to imply that executive-level decisions are now largely immune from judicial review in Alberta courts. Laura Warner of JSS Barristers, who represented the appellant in Auer and was arguing Katz should be considered in light of Vavilov, said she feels the Supreme Court needs to weigh in on the ruling — especially in light of a recent Federal Court of Appeal decision (Portnov v. Canada (Attorney General), 2021 FCA 171) which held that Vavilov has overtaken Katz.

“There is going to be a lot of confusion, because the Alberta Court of Appeal seems to be standing alone,” she said. “And if [Auer] were really the last say on the matter then it puts one type of executive decision-making in a class of its own, so litigants who are looking to hold the executive to account through the judiciary would have a pretty tough road ahead of them. It isn’t easy under Vavilov for sure, but the situation under [Auer] is all that more hyper-deferential.” 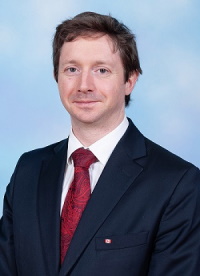 “There is a clear split [between the two decisions and Portnov] and it is not clear which way other provinces will go when they address cabinet-level decision-making,” he said. “It certainly possible we are going to see some uncertainty in coming months and years as courts around the country work out whether to follow Portnov or the Alberta Court of Appeal.”

But Daly did agree that it was now going to be much harder to challenge executive-level decisions in Alberta, and it remains an open question as to how far the court’s logic extends.

“Does it extend to municipal bylaws? Does it extend to regulations made by administrative decision makers like a worker’s compensation board?” he said. “Some of the logic, particularly in TransAlta, would suggest all of these types of decision are subject to this carve-out, so this is one question that the Alberta courts are going to have to work out in future cases. There have been quite a few first instance decisions since Vavilov, so that is potentially an important change depending on how far the logic is pushed.”