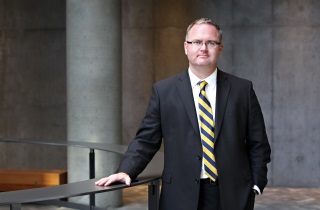 British Columbia has issued a new policy directive on bail to Crown prosecutors, which is aimed at ensuring greater public safety and keeping those who are deemed to be “repeat violent offenders” behind bars.

In mid-November, B.C. Attorney General Murray Rankin issued a directive to Peter Juk, the assistant deputy attorney general of the B.C. Prosecution Service (BCPS) to identify and implement amendments to its Crown counsel policy manual on bail that could “to the full extent possible under the law” address the risk that repeat violent offenders pose to public safety in the province.

“Communities in British Columbia have been dealing with an increase in repeat offending and unprovoked violent stranger attacks,” Rankin wrote, pointing to a recent expert study on both issues which contained a suite of recommendations to tackle them. “I believe that the public interest requires that I take every step possible under the law to address repeat offending and unprovoked violent stranger attacks to ensure public confidence in the justice system.”

As a result, the BCPS has implemented a revised policy which confirms that “protection or safety of the public is a matter of concern in relation to repeat offenders, particularly repeat violent offenders,” and instructs Crown counsel that they must seek the detention of a repeat violent offender charged with an offence against the person or an offence involving a weapon “unless they are satisfied the risk to public safety can be reduced to an acceptable level by bail conditions.”

The revised policy also advises Crown counsel to consider any factors that may weigh in favour of seeking the accused’s detention, including outstanding criminal charges alleging offences against the person or involving weapons or whether the accused has breached a condition of a recognizance or weapons prohibition. 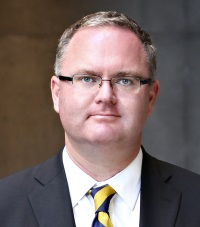 Victoria criminal lawyer Michael Mulligan said that when you compare the revised policy to the old one “it is clear what is going on is an issue of politics, rather than substance,” noting the pressure that the provincial government has been under from the opposition on the crime issue.

“The updated policy says that in making a bail decision the Crown should look at things like outstanding charges involving violence. And to make that change is to suggest that the Crown was not taking those things in to consideration when making decisions on whether to seek detentions or conditions on bail,” he said. “And that is simply not so. I think that a Crown looking at this document might feel rather insulted that they were somehow failing to do the obvious — so the policy is a bit troubling from that perspective.”

Another concern that Mulligan had was the idea that the judiciary might see Crown bail positions being a product of political policy, which would diminish the seriousness by which their positions are likely to be received.

“If you are a judge and your impression is you have got somebody there who is parroting a political requirement to always seek detention in some circumstances — and there is language which comes close to that in this policy — you might imagine how submissions in that regard might be diminished if you have got some person there who the judge concludes is parroting some political position,” said the partner with Mulligan Defence Lawyers.

The revised policy also removes previous language advising Crown counsel not to seek detention unless a fit sentence upon conviction would include incarceration has been removed from the policy, which has also raised concerns from observers.

BCPS communications counsel Daniel McLaughlin said in an email that “everyone has the right to be presumed innocent until proven guilty and the right not to be denied reasonable bail without just cause,” but the numbers of accused persons denied bail and held in custody before trial have dramatically increased since the enactment of the Charter.

“That increase disproportionately affects disadvantaged and vulnerable communities. Pretrial detention tends to increase an accused’s risk of future criminalization,” he said. “It also tends to aggravate the over-representation of Indigenous persons in the Canadian criminal justice system, an indisputable feature of which is systemic discrimination against Indigenous people. It is too soon to say whether or to what extent the Attorney General’s directive, and the policy changes we have implemented in response, will further aggravate this situation.”

“If we didn’t have a system of bail and people were just routinely held in jail when they were accused of committing a crime, then what does the presumption of innocence mean then?” he said. “You would have all sorts of people waiting in prison for months for their trial and telling them they are presumed innocent is going to ring pretty hollow if you sit there in the remand facility awaiting trial for shoplifting cheese. If we didn’t have bail you have undermined in a really serious way that presumption of innocence.”

But Mulligan noted the right not to be denied bail without just cause is constitutionally protected and in the Criminal Code and “none of this policy change has any impact on that.”

“And that again is why to a large extent it is an exercise of politics,” he said.

Neil Boyd, professor emeritus at Simon Fraser University’s school of criminology and chair of the International Centre for Criminal Law Reform and Criminal Justice Policy, recognized the concerns raised about detaining people who would not be subject to imprisonment, but said judges are the ones who would ultimately make the call on bail.

“They are going to be cognizant of the facts of the offence and that the circumstances would not result in imprisonment, and likely ask why they would detain the person,” he said. “So, they haven’t tied the hands of judges here — but at the same time I don’t think that we should be in a situation where prosecutors are going to ask for detention for an individual when there is no chance that individual is going to be incarcerated for the crime.”

McLaughlin said the BCPS is aware of the criticisms of the revisions to the bail policy but “we do not expect a direction to revisit these changes at this time.”

“The Attorney General directed us to identify and implement amendments to our bail policy that could, to the full extent possible under the law, address the risk that repeat violent offenders pose to public safety in B.C. and we are obliged to respond,” he said. “The revisions we implemented seek to do that, without overstepping the clear lines drawn by Parliament and the courts about the legal presumption in favour of pretrial release.”

And despite all the concerns raised, Mulligan said he did not see the changes being subject to constitutional review, and added there were many good things in the provincial government’s recent community safety plan.

“This is just a policy manual in terms of what the Crown is doing, and the underlying circumstances in which it is lawful to detain somebody have their roots in the Charter and the Criminal Code. And we don’t have an epidemic of uninformed Crown counsel taking inappropriate positions” he said. “What we do have is social disorder caused by people with mental health issues, or who are on drugs, occasionally doing various bizarre and troubling things. We have a problem, no doubt about it — but the problem is not with bail.”